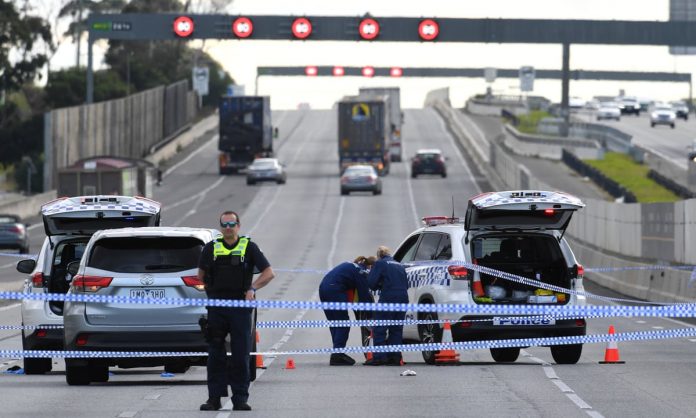 A man armed with a knife was shot dead by police in Australia”s Victoria state in front of stunned motorists on the side of a busy freeway on Thursday.

It is believed that police were responding to reports of an armed individual and were in the process of negotiating with him when he produced a knife and advanced on them.

After attempting both a tactical withdrawal and the use of non-lethal force, police were forced to fire two shots into the man”s chest from which he died at the scene, a police spokesperson said.

“The events occurred whilst we still had traffic travelling city-bound along the freeway, it wasn”t until the shooting occurred that traffic was stopped,” the spokesperson said.

“In fact my understanding is that we had trucks stop on the side of the road and then support Victoria police and others in terms of the event.”

The man was known to police in relation to several minor matters in the past and was believed to have suffered from mental health issues.

“This will be subject to a very intense investigation to understand exactly what occurred and how Victoria police can learn and improve the way we deal with these situations in the future,” the spokesperson said.

The incident is not believed to be terrorism related.