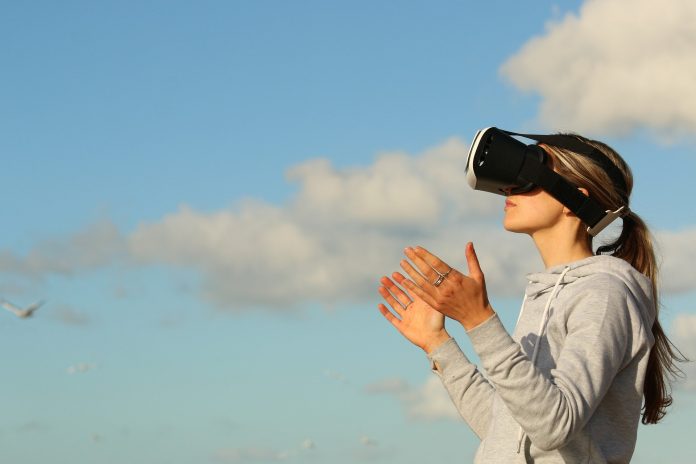 (IANS) Augmented reality (AR) has moved to the retail and e-commerce industry where it is a great tool for attracting new customers, say researchers, suggesting that AR can improve online shopping.

The survey, published in the ”Journal of Fashion Marketing and Management”, found that online shoppers return 70 per cent of the clothing they order, more than any other category of purchase.

This has an indirect but real impact on the environment. Online shoppers tend to order multiple sizes and colours, with the intent of sending back the items that don”t fit or aren”t the right colour, a practice known as “bracket shopping”.

“An AR tool allowing shoppers to see an image of themselves in the garment, however, made them more likely to want to buy it,” said study researcher Fatma Baytar from the Cornell University in the US.

While not as effective as physically trying it on, the researchers found that AR boosted the participants” attitudes toward the garment, potentially improving the experience and efficiency of online shopping.

Current virtual try-on technologies offer two methods of improving online shopping. One involves creating an avatar by inputting key body measurements and then trying clothes on the avatar. The other method is AR — using a computer, phone or tablet screen as a mirror reflecting a shopper and background while overlaying the chosen garments on the shopper”s image.

For the findings, the research team focused on the latter technology, asking participants to virtually try on a dress, select a size to “order” and then physically try on the dress in that size.

Participants evaluated the AR dress for size, fit and performance, then did the same following the physical try-on. Results for the AR technology were mixed.

According to Baytar, the study participants were able to find the right size with AR try-on, but had trouble evaluating the fit, particularly at the bust, waist and hips.

One explanation, Baytar said, was that although the image of the dress was taken when the dress was on a dress form, rather than hanging flat, it was still a 2D image.

Evaluating product performance — style, fabric, colour, coordination with other items, touch and feel, weight, fit, comfort and appearance on the body — was significantly different when experienced in AR versus real life.

Colour was the only performance factor that showed no difference across the two try-on experiences. But even with the limitations, participants responded well to the virtual dress.

“Attitudes towards the AR garment and the real garment were really high, which means the participants liked it and their purchase intentions were relatively high, though they were higher for the real garment,” Baytar said.

“We think a company could use this technology to create a buzz when introducing a new style,” the author noted.