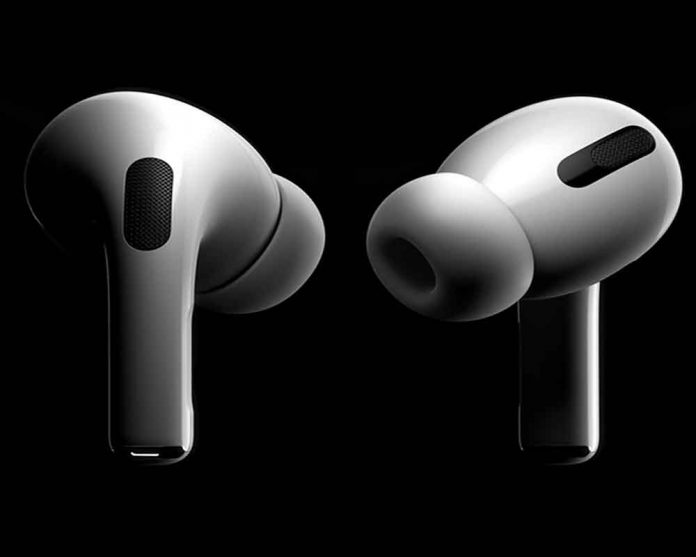 The AirPods true wireless earphones series have sensors which can detect when the earphones have been removed or put back, to automatically play or pause music or videos on compatible devices.