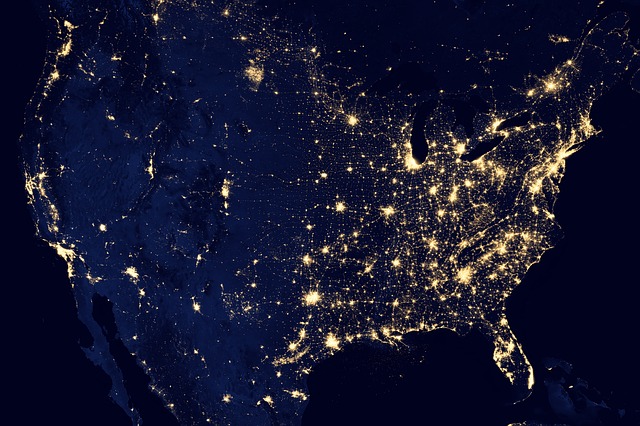 In the last ten years, we have seen striking developments in the clarity and availability of satellite imagery. Microsoft and Google are examples of companies that now offer unrestricted satellite images, also known as remote sensing images. While these images are engaging and in many cases probably useful, some people question whether these advancements mean the end of traditional aerial photography. The loud answer is “No, aerial photography is alive and well.”

One reason aerial photography remains a relevant tool is because of its superior resolution. Especially with the advent of commercial digital equipment, an aerial platform contributes very high-resolution images, whereas satellite resolution remains limited by both technologies and by Federal law. In 1999, commercial satellites could capture a resolution of one-meter in black and white and somewhat less detail in color. That is to say that the tiniest detail that could be captured and delineated was at least one meter in size. There exists a famous rumor that military satellites can read an automobile’s license plate from space, and that is probably an exaggeration, but it does not matter even if it is true. You, as a private citizen, cannot buy or use those images anyway. Current law limits the resolution of commercially available satellite images to 0.5 meters. That means that the tiniest detail that can be delineated is at least 0.5 meters or 19.5 inches across. An aerial photograph in most powerful digital resolution taken from 1000 feet above the ground is nearly five times better resolution than the best commercially available satellite imagery.

Another distinction between aerial photographic images and satellite images is the timeliness and availability of the images. Commercial satellites like the QuickBird satellite, orbit the earth from about 400 miles above mean sea level. They orbit in design and a speed that allows them to pass over the same point on the earth about once every three days. This is just fine for surveying and mapping. It does not generally allow for capturing events. Generally speaking, the earth is clouded over about 60 percent of its surface at an appropriate time. The three-day cycle for a satellite to fly over one point can mean that it may take from a few to numerous dozen cycles before a clear shot is available. The aerial flight is also subject to weather, but airplanes can fly under cloud cover and are available for a photographic boat anytime between sunrise and sunset. A limitation on aerial photography because of weather is frequently a matter of a few days, not usually weeks or months.

One advantage aerial photography has over satellite imagery is the artistic aspect of composition. Satellite images are usually taken from directly overhead. Satellite images can be taken from an oblique angle but this includes further distance from the target and requires repositioning the satellite camera angle. Aerial photos, in contrast, are generally taken from an oblique angle. This allows one to photograph from all sides and at several heights, introducing varied composition and enhanced utility. There is also the factor of light in the structure of the photograph. A satellite uses whatever light is available at the time it passes over its target. In an aerial photography session, the photographer chooses light that best suits the composition of the target images. The amount of sunlight, the angle of the light, the shadows the light produces, and the time of day all contribute to a photograph that is both useful in conveying information and aesthetically delightful.

Satellite imagery will no doubt evolve in its ability to document, map, and survey in a variety of light spectra. It is an increasing fascination mode of imagery. However, aerial photography remains a preferred mode of capturing images from the air where direction, angle, composition, and timeliness of availability are key elements in captivating the target image.

Are Too many Digital Photographs killing the memory game?

Balance is the Need: Are We Filming Too Much?