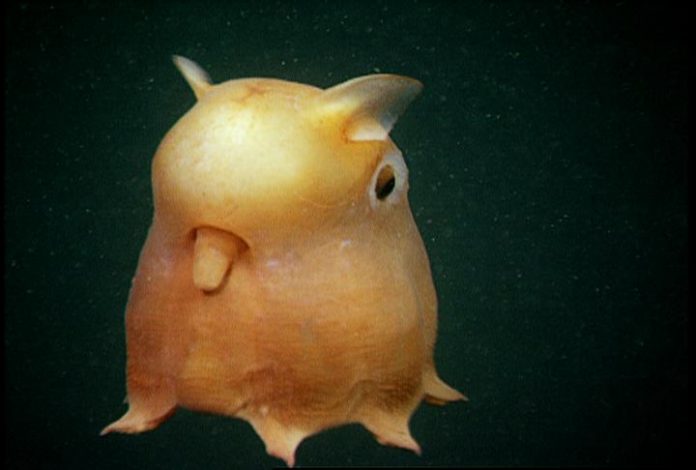 Dumbo octopuses live in the deep open ocean down to depths of at least 13,100 feet (4000 m) and possibly much deeper, giving this group the tag of deepest living of all known octopuses. Life at these fantastic depths needs the ability to live in very cold water and in the total absence of sunlight. Dumbo octopuses are generally rare, and the deep sea is gigantic, so these species have specific behaviors to increase the likelihood that they can favorably reproduce anytime that they find a mate. Females seemingly always carry eggs in various stages of development, and they are able to store sperm for long periods of time after mating with a male. Using these resources, female dumbo octopuses can carry sperm to their most developed eggs any time the environmental circumstances are right for reproducing. Though they spend much of their lives hung above the seafloor, dumbo octopuses lay their eggs on the bottom, attached to rocks or other hard surfaces.