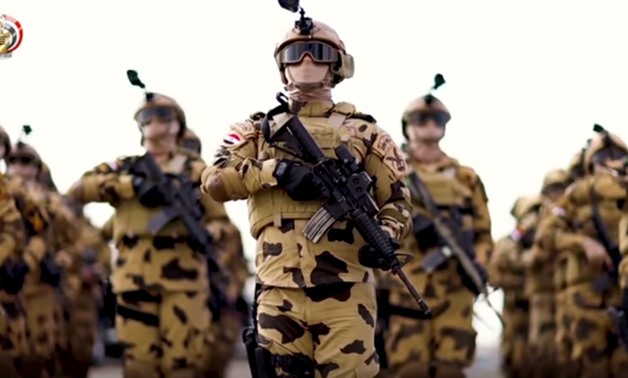 Ten Egyptian army members including an officer were killed or wounded on Thursday when a bomb exploded in an armoured vehicle south of Bir al-Abd city in the Northern Sinai region, a military spokesman said in a statement.

He did not specify how many had been killed in the attack, which not immediately claimed by any group. Militants loyal to Islamic State are active in the strategic border region.

Egypt has been fighting Islamist terrorists who have killed hundreds of police and soldiers in the northern part of the Sinai Peninsula since the ousting of Mohamed Mursi of the Muslim Brotherhood in 2013 following mass protests against his rule.

Militants have also carried out attacks elsewhere in the country.

An Egyptian policeman and seven suspected militants were killed on April 14 in an exchange of gunfire after the ministry of interior received information about potential Easter attacks against Coptic Christians, the ministry said, adding that three other policemen had also been wounded.

The military and police launched a major campaign against militant groups in 2018, focusing on the Sinai Peninsula as well as southern areas and the border with Libya.