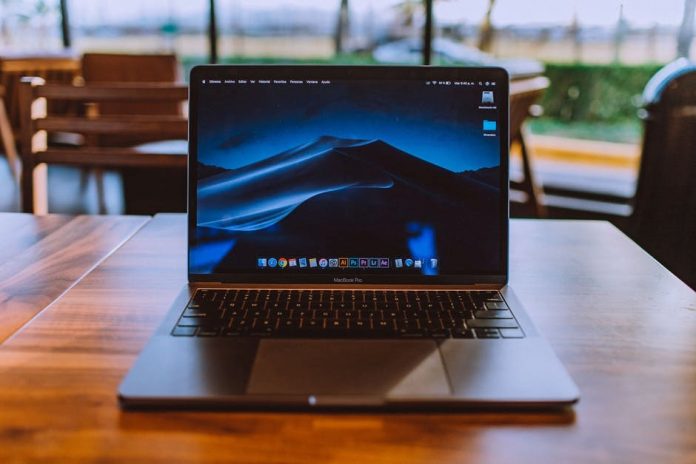 In the summer of 2019, there were over 4.3 billion internet users in the world.

Maybe you were one of the ones who embraced it as soon as it was available to the general public. Or maybe you’re a late adopter who’s only recently gotten into the game.

Either way, you’re now one of the 4.3 billion, and maybe you’re wondering about what web browser is the best to use. It’s our portal to the internet, after all.

Confused on which one to get? Or are you wondering if you’re using the optimal one for your computer?

In this article, we discuss 5 of the top web browsers we think you should use.

Google Chrome is by far the most popular web browser; it has 58.1% of the market share and second place (Safari) comes in at just 13.0%. Because Chrome has so many users, you can bet the browser’s been optimized as much as possible and that Google provides great service.

For instance, it’s cross-platform, so you can use it on practically any device. It’s also very quick performance-wise, which means you won’t have to deal with tapping your fingers and waiting for things to load.

However, when compared to other browsers, Google Chrome can be a bit resource-hungry. They’ve come out with a Tab Freezing feature to prevent it from eating up too much of your resources, but it’s still pretty resource-hungry.

When it comes to security, Chrome’s on top of it all. Not only can it tell if your email account’s been compromised, but it can also block dangerous content.

If Google Chrome were Coke, then Mozilla Firefox is surely Pepsi. These two browsers have duked it out for decades now.

While Chrome’s won the popular vote, this doesn’t necessarily mean Firefox isn’t as good. It has some great security features, such as alerts if your email’s in a data breach.

You’re also able to get tons of extensions and plugins on Firefox, so for those of you who love personalizing your web browsers, then this one might be ideal for you.

Like many of the other browsers on this list, Firefox has cross-platform sync, which provides great convenience.

For you Apple device users, you’re probably familiar with this web browser. When you hop onto your iPhone or MacBook, you use Safari whenever you want to surf the net. Chances are, you also have it in your dock for easy access.

Safari’s very easy to use and have good security features. In addition, its load times are very quick, so it’s on par with its PC counterparts. It’s also a cross-platform browser.

Like with Google Chrome, you have the option of adding Safari Extensions, which are add-ons that’ll make your browsing experience smoother.

Safari is already pre-loaded on iOS devices, which means you won’t have to download anything to surf the internet. A small percentage of Windows users also prefer Safari as their web browser.

A small caveat of using Safari is that it’s not very customizable. Also, some websites don’t support it, and the browser isn’t updated very often. If you want something you can personalize and is regularly updated, then you might want to look to other options on this list.

This is the default browser on Windows devices. Microsoft Edge is the reborn version of Internet Explorer (more on that one later). When Chrome and Firefox came out, they had a huge battle between the two, edging out competition for Internet Explorer.

Microsoft decided to try and get back in the game with Microsoft Edge. It’s Chromium-powered, which means it’s a lot better than before. It’s fast and very smooth.

It has a very similar look and feel to Google Chrome, but since it’s already pre-installed with Windows devices, you won’t have to download any additional software to get online.

Opera is a lesser-known web browser, but people who like rooting for the underdogs enjoy using this one. You can use it on both iOS and Windows, as well as Android and Linux. So no matter what device you have, you have a viable alternative to the big league names.

What’s great about this web browser is it comes with a built-in VPN, as well as an ad blocker. It also has a Crypto Wallet, so if you have some Bitcoin, Opera can be a good browser to have.

Like with Microsoft Edge, Opera is Chromium-powered. This means you can count on it to be quick and smooth.

Internet Explorer is an age-old web browser; it’s one of the originals. While almost no one uses it anymore, there are a few who still prefer it to the other browsers on this list.

This is because Internet Explorer comes pre-installed with every Windows version, meaning you don’t have to download any additional programs to get online. So if you’re lazy, all you have to do is type in “Explorer” in your search bar, and you’ll find it immediately under “Apps.”

Internet Explorer Mac is possible as well. So if you have an Apple device, you can still get IE if you wish.

What Web Browser You Use Depends on Your Needs

We’ve shown you what web browser choices you have. Each has its own pros and cons, so only you truly know which one’s best for you.

What may work well for your coworker or friend may not necessarily be the best option for you. So download these browsers, use them for a bit, then determine the optimal one after you’ve tried them all out.

Need more internet tips? Then take a look at our other articles now.