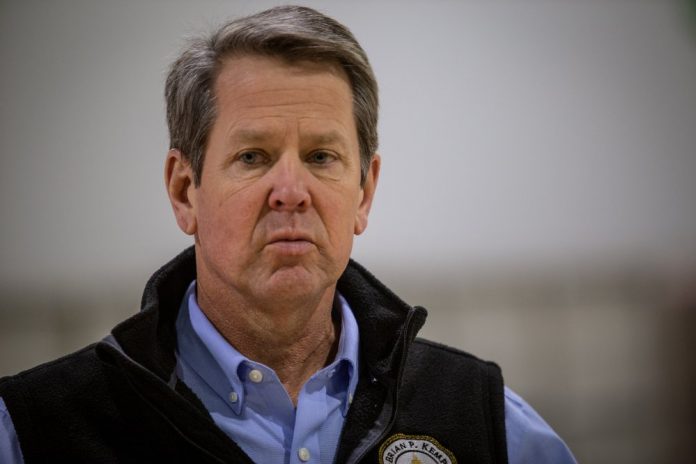 Some salons, gyms and other close-contact services in Georgia prepared to open Friday as the Republican governor eased a month-long shutdown amid experts’ warnings of a potential new surge in coronavirus infections and a potent objection from President Donald Trump.

With deaths and infections still rising in Georgia, many business owners planned to remain closed in spite of Gov. Brian Kemp’s assurance that hospital visits and new cases have leveled off enough for barbers, tattoo artists, massage therapists and personal trainers to return to work with restrictions.

David Huynh had 60 clients booked for appointments Friday at his nail salon in Savannah. He said that’s less than half the customers he would normally see. But he’s also starting back with fewer nail technicians to allow for empty work stations between them.

Huynh’s business, Envy Nail Bar, has been closed since March 26. But the losses extend beyond just the month he’s been shut down.

“We lost graduations, proms and weddings,” Huynh said. “Already I see stores closing down permanently. … A lot of people don’t realize, if the nation stays shut down any longer, there will be severe consequences.”

The governor has said it’s imperative to begin easing his state’s economic suffering. The Georgia Department of Labor announced Thursday that 1.1 million workers — about one-fifth of the state’s workforce — filed for unemployment in the five weeks since the crisis started.

Public health experts have warned that reopening too quickly could trigger a coronavirus resurgence. Preventing that will require increased testing and robust tracking of infected people’s contacts. Georgia has ranked in the bottom 10 of states for testing per capita. But the state is showing progress. Georgia on Thursday reported 7,000 new tests, its highest daily total yet.

Kemp’s timeline to restart the economy proved too ambitious even for Trump, who said Wednesday he “disagreed strongly” with the fellow Republican’s plan.

Shannon Pengitore, a massage therapist in Marietta outside Atlanta, had a few clients ask for appointments this week. But she’s not ready, saying she hasn’t seen clear protocols from the state for protecting herself and her clients.

“Massage therapy is continual contact with the customer for long periods of time in a small room,” Pengitore said. “If I’m not really comfortable with this, what’s getting transmitted to them? It’s a lot of anxiety.”

Starting Monday, Georgia will allow movie theaters to reopen and restaurants to resume dine-in service — as long as customers are kept at a distance.

Chef Hugh Acheson, who owns three fine-dining restaurants in Athens and Atlanta, said Georgia’s conducting too little testing to safely reopen. He also doubts it would be profitable.

“If I open up fine dining in midtown Atlanta and … 25 people show up to dinner because I’m brazen enough to do this, that’s not enough to make money and stay in business,” Acheson said.

Bethany Farmer works at an Atlanta yoga studio and tends bar at a burger joint. She said neither has asked her to return yet, and that’s fine with her. She fears slow business would mean reduced wages, and the virus remains too much of a threat.

“I could be a carrier even if I don’t feel anything,” Farmer said. “I get worried about all the other people I would encounter.”