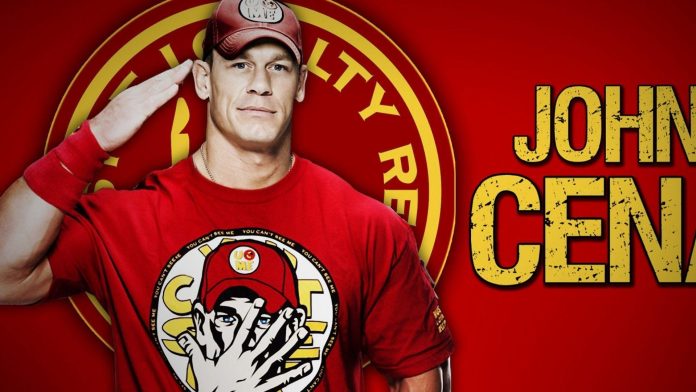 I started watching WWE in 2002 when I was 9 nine years. Around the same time, a new and unknown young man from West Newbury, Massachusetts made his wrestling debut against Kurt Angle. This is my personal list of top 10 most memorable matches of John Cena. We will start with number 10.

One of my personal favourite rivalry which, according to me, elevated Edge as a future Hall of Famer came to it’s rightful conclusion in Unforgiven, 2006.

John Cena was previously considered a kid friendly wrestler who became the WWE Champion only because of his merchandise and support from the young WWE universe audience. However, leading into their Tables, Ladders & Chairs Match for Edge’s WWE Title, the Cenation leader witnessed Edge attack his father and slap him across the face. It was a shocking show of disrespect the Superstar could not stomach and he made that clear as he brutalized Edge in front of a hostile crowd in the Canadian competitior’s hometown of Toronto. Smashing Edge in the match he made famous, Cena finished his opponent by executing an Attitude Adjustment from the top of a ladder, sending The Ultimate Opportunist crashing recklessly through two tables.

It was a brutal finish that seemed to shock even Cena himself, but in that moment it became clearer than ever that John Cena is a man who cannot be stopped and he deserved to be on the top.

To be honest, I hated to see Brock Lesnar lose this match. However, it doesn’t take away the fact that Brock was dominating 90% of the times in this violent match. Returning to WWE after busting orbital bones as the top dog in the MMA world, Lesnar came to Extreme Rules 2012 to put an exclamation point on the statement he’d been making for years — he was the alpha male of combat sports and anyone stupid enough to challenge him would become just another victim. Cena was willing to test Lesnar’s confidence, but it looked as though the Superstar had made a major mistake when his dangerous opponent began to tear him apart. Brutalized with clubbing blows and devastating slams for the better part of 15 minutes, the Cenation leader refused to quit and ultimately found his opening. Nailing his 300-pound opponent with an AA onto the steel ring steps, Cena won the match and proved that he hasn’t lost a beat.

This is one of my personal favorite John Cena match. John Cena’s reputation has become that of an indestructible superhero, but the 10-time WWE Champion’s best matches are those in which he appears, for a time, to be utterly defenseless. Such was the case in his 2007 Royal Rumble melee against the wild Umaga. Putting his WWE Title on the line against the Superstar dubbed The Samoan Bulldozer, Cena felt the full brunt of the 350-pound monster’s unbridled wrath. Bruised and split open before he even had a chance to tighten his shoelaces, the WWE Champion looked so helpless that old school fans half expected to see Robert Gibson standing in a neutral corner, begging for him to make the tag out. Of course, Cena did not cry “uncle.” Instead, he used the ring ropes to apply the most punishing STF of his career and didn’t let go until Umaga was seeing little birdies. No other Superstar would beat The Samoan Bulldozer with such exclamation. RIP Umaga. You are dearly missed.

In 2015, talented Kevin Owens showed up on the main roster, and he decided to make his first appearance by challenging John Cena on Monday Night Raw. At the time, Owens was still the NXT Champion, and this was his chance to prove he deserved to be on the main roster. John Cena gave a massive push to Kevin Owens in the first match at Elimination Chambers proving his eagerness to give back to the business and push new stars.

This match at Money in the Bank was their rematch. As expected, Cena won the match to put the two men at 1-1, and the match was even better than the first time they wrestled. Owens laid out Cena after the match and solidified himself as the next big thing.

I am putting this match this high on the list only because of the hype and an impressive 1 year build up. When the book is written on John Cena’s career, his WrestleMania XXVIII showdown with Dwayne “The Rock” Johnson will be chronicled as a low point. That’s unfortunate, because, in many ways, this brawl in Miami’s Sun Life Stadium was the biggest match of the Cenation leader’s career. A calendar year in the making, the epic confrontation between the most charismatic Superstar of WWE’s hallowed “Attitude Era” and the face of the sports-entertainment company today had an energy surrounding it that hadn’t been felt since the night Hulk Hogan collided with Andre the Giant at WrestleMania III. Entering as an outsider in front of The Rock’s hometown crowd, John Cena Cena looked to shrug off the pressure early as he matched The Great One move for move. But the 10-time WWE Champion’s confidence ultimately became his undoing. Arrogantly mocking The Rock’s People’s Elbow nearly half an hour into the bout, Cena left himself open for a Rock Bottom, which the “Fast Five” star executed with thundering accuracy.

At SummerSlam 2015, there was an unforgettable title vs. title match. In the vein of the old match between world champion Hulk Hogan and IC Champion Ultimate Warrior, this was a winner take all match. Seth Rollins was the WWE Champion, and Cena was the U.S. Champion. The two men battled for over 20 minutes, and it was Seth Rollins who ended up winning the match and capturing Cena’s title while remaining the world champion. This match cemented Seth Rollins at the top.

AJ Styles finally debuted at the Royal Rumble in the early 2016. Styles was the best wrestler in the world during his golden days, but he stuck with Impact Wrestling through that decade. He went to New Japan and then finally decided to sign with WWE. When someone with hype comes to WWE, going up against John Cena is a way to make their name. Styles and Cena had some great matches, proving he belonged in WWE. In this match, Styles beat Cena in a 23-minute match that was the 2016 Match of the Year.

John Cena is accustomed to hearing a few jeers when he makes his entrance, but nothing could have prepared him for the reception he received at ECW’s One Night Stand in 2006. Defending his WWE Title against “Mr. Money in the Bank” Rob Van Dam on the ECW turf of Manhattan’s Hammerstein Ballroom, the Cenation leader entered to such a heavy gust of boos that he was nearly blown back by the animosity. Still, the ECW diehards could boo all they wanted. The WWE Champion’s focus was on defending his title. Silencing his critics early, Cena proved he could handle the agile RVD, but the bout fell out of his favor when a mysterious individual in a black motorcycle helmet drove Cena through a table. Knocked silly, the WWE stalwart was squashed by Van Dam’s Five Star Frogsplash and lost a match that he fought so hard to win.

In the summer of 2011, CM Punk exploded as the No. 1 contender for John Cena’s WWE Championship and dropped his pipe bomb on both Cena and the WWE Universe. After airing his grievances on the sports-entertainment landscape, The Voice of the Voiceless was suspended by Mr. McMahon. John Cena, though, demanded the match, and the challenger was reinstated by The Chairman. With Punk threatening to leave the company with WWE’s most coveted possession, Cena’s back was against the wall more than ever. Mr. McMahon had even threatened to fire Cena if Punk left his hometown arena with the title. The match is remembered as having been Punk’s night, but even with all the momentum The Second City Saint had going into the match, Cena nearly turned back his opponent. Punk ended up besting Cena and winning his first WWE Championship, but Cena might have been victorious if he did not break the STF hold he had applied to the challenger. With The Chairman calling for the bell, Cena refused to win in any sort of tainted manner and the distraction likely cost him the bout and the title. Cena’s effort fell just short of heroic, but his fortitude was clear.

While the leader of the Cenation’s showdown with Shawn Michaels at WrestleMania 23 was an instant classic, it was their Raw rematch that the WWE Universe is still talking about today. Three weeks after The Show of Shows, Cena and HBK squared off in London, putting everything on the line in a grueling bout that lasted the entire second hour of the show.

The two Superstars battered each other all around ringside, but Cena couldn’t defeat Michaels. When the official implored the then-WWE Champion to take the action back in the ring, Cena exclaimed, “He won’t stay down!” The West Newbury, Mass. native looked to finally have Michaels beat when he got him in position for an Attitude Adjustment, but The Showstopper flipped out onto his feet and leveled the champ with Sweet Chin Music for the three count. This is why Shawn Michaels is my favourite Wrestler of all time.

Wish you a very happy birthday John. Thanks for making my childhood so exciting.