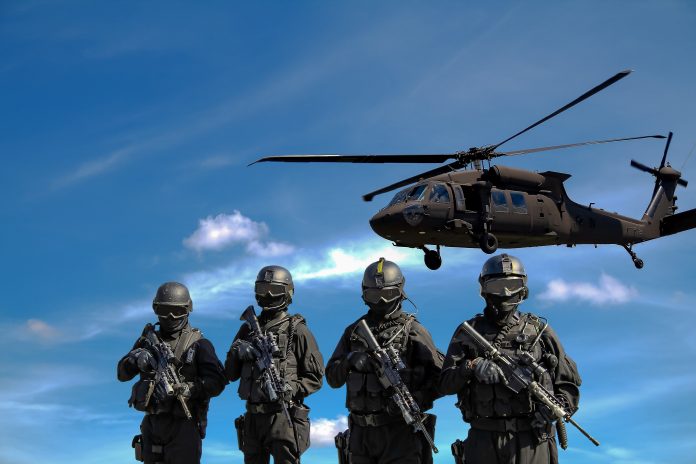 “The best scheme of Phonetics is a stiff uncertain thing.”

We’ve all used a phonetic alphabet, even if we didn’t realize it at the time. Whether you were on the phone with the dentist’s office or the cable company, you’ve probably used a version of one to make sure your name is spelled correctly. “It’s Sam,” you shout into the receiver. “S as in salamander, A as in Adam, M as in mouse.” Maybe you just pluck words from the sky — anything to prevent ‘Sam’ from becoming ‘Fan’ or ‘Ham’ for the umpteenth time.

For the servicemen and women who first used spelling alphabets back in the early 1900s, however, the difference between “M as in metro” and “C as in coca” was a life or death distinction. Imagine you’re on the radio, trying to warn soldiers of a mustard gas attack. You’d want to make sure they heard “mustard,” not “custard.”

Welcome to the NATO alphabet.

Just so we’re clear, there’s an official version of the NATO alphabet, which is used all around the world. “S as in salamander” is not standard, and neither are most of the words you probably use when making a dentist appointment. You’ve got the time to think about words that start with “S” when scheduling your annual cleaning, but when lives are on the line, you want everybody using one go-to word for each letter in the alphabet.

Before that, though, the phonetic alphabet went through a few practice runs. In 1927, the International Telegraph Union (ITU) created a spelling alphabet for communication via telegraph. Through the start of WWII, most commercial airlines used these ITU code words to communicate. That alphabet featured names of cities, so to spell ‘Sam,’ you’d say, “Santiago, Amsterdam, Madagascar.”

The ITU alphabet wasn’t standard in the rest of the English-speaking world, however. During World War I, the British Royal Navy used a spelling alphabet that began “Apples, Butter, Charlie” while infantrymen said “Ack, Beer, Charlie” instead.

The many spelling alphabets became complicated when the United States joined the war. Together, the Allied Forces created a new spelling alphabet called “Able, Baker.” Now, to spell ‘Sam,’ you’d say, “Sugar, Able, Mike.” Easy enough, but confusion persisted. Spanish and French speakers still had a problem recognizing these words. As a fix, in 1951, the International Air Transport Association developed a spelling alphabet that more closely resembles the one we now use.

Lots of other spelling alphabets have existed, but those are the main English-speaking ones. What a journey these letters have been on!

Some bits of NATO alphabet shorthand could be fun to use in text speak. Who wouldn’t want to type “Bravo Zulu” as code for ‘good job’ or “Charlie Mike” for ‘keep moving forward?’ But some linguists and phone-users today think it’s time to either retire or update the official NATO alphabet. Dan Nosowitz of “Atlas Obscura” noted recently that the NATO alphabet is confusing, and no one actually memorizes it. That’s not because it’s no longer needed — Nosowitz argues that voice quality on phone calls has decreased with the spread of cell phones, and we might actually benefit from a standardized spelling alphabet. It’s just that the one we have now is really flawed.

“The options for certain letters — Q and X, we’re looking at you — are not great, but come on,” he writes. “‘Q as in Québec’ is a truly awful choice, with multiple pronunciations (‘keh-beck,’ ‘kweh-beck,’ and I even heard a Brit in a radio interview say ‘kyoo-beck’).”

But Nosowitz and the scientists he talked to don’t have a good solution. It’s hard to find words that speakers of all languages can pronounce and recognize, and it’s even harder to convince people to memorize the order of 26 words and have them on the tip of the tongue. So it seems we’re stuck with the hodge-podge we have.