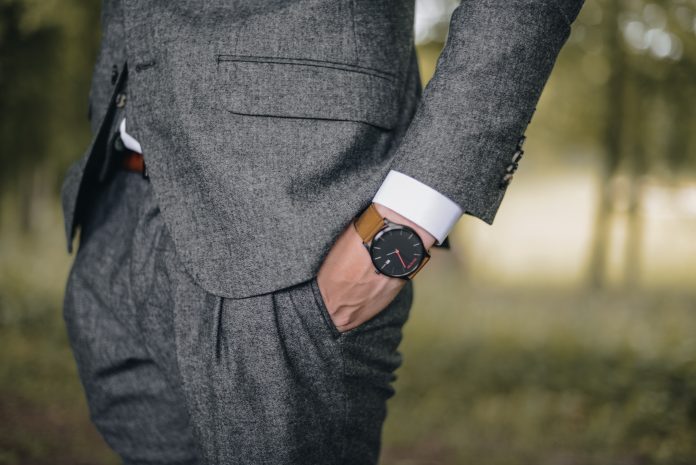 One of the many Swiss brands that a majority of watch enthusiasts look up to is Oris. Oris has been the face of affordable luxury watches for quite some time now, and when you’re sporting one, trust and believe that the people who know about their watches will be quite impressed especially if you have the right model.

So what Oris watch to buy this 2020 that will not only impress but also is versatile enough to be worn every day of the week? We’ll you’re in luck, as in this article we’ve collated the best Oris watches this 2020. Some of these watches you can buy readily, but there are picks listed here that will make you dig a little more. Here are the best luxury Oris watches:

At 42.5mm in diameter, the Atelier Alarm is one of those timepieces that really embodies individuality. By far, one of the most attractive watches that the company has ever produced, the Oris Atelier Alarm boasts of a stainless steel case, a silver dial with rose gold hands, and a rotating bezel with the same material as the case.

Under the hood, the Atelier Alarm is quite the beast, with a Swiss automatic self-winding movement. Inside the movement, you have 36 jewels powering a 45-hour reserve. Of course, the iconic red rotor is present inside – the most recognizable part of an Oris watch. You also get a sapphire crystal protection and a see-through mineral glass case back. Perfect for any day of the week, you can even bring this watch in pool parties, with a water-resistance of 30m.

Let us preface this by saying: The Hammerhead looks like the quintessential diver’s watch without the diving part. At face value, you’d think that the Hammerhead limited edition is one of those pricey divers watches, but alas, it doesn’t have the ISO certification for it. Don’t be glum, though, because it does have a 50m water-resistance, and a great cause behind it.

Looks alone, we’d say you’d never go wrong with this watch. The Hammerhead features a multi-piece stainless steel case with ceramic minutes, a rubber bracelet with a stainless steel clasp, and a domed sapphire crystal on both sides. The movement inside is an in-house automatic winding big day date. There are only 200 of this timepiece released, so if you want one, you’d need to scour second-hand watch sites for it.

If you want a timepiece that’s a conversation starter, then the Propilot X Caliber 115 is your jam. With bold dial design encased in top of the line materials, the Propilot X is a beast of a watch. It’s Oris’ most modern masterpiece, and once you see the watch in person, you’ll instantly know and feel the breadth of craftsmanship that this watch has.

The 115 is an upgrade to the popular 110. In this edition, you get a skeleton movement, in several shades of gray. The movement inside is an in-house caliber hand-winding, the best Oris’ has engineered to date. Oris says it has a 10-day power reserve, which translates to 240 hours, which is seriously going beyond the standard. Since it’s Oris’ best so far, it’s on the expensive side, so you may need to save up for it.

The Dexter Gordon is arguably the sleekest Oris watch in the entire mantle of timepieces the company has. The straightforward sun-burst gray-black dial, soft leather strap, and stainless steel case create the most minimal and elegant of lines. You’re getting an automatic winding date movement, with 26 jewels, and a 38-hour power reserve.

At 40mm, the Atelier Dexter Gordon is the perfect watch for average-sized wrists. It sits nicely on bigger wrists as well. The price tag isn’t so bad either, but there’s a catch though. There are only 1000 pieces of this model released, and while you can still buy it brand new, you’d need to set up an appointment for it. So there’s that.

There’s something about the Oris brand that’s attractive to most people. Especially because it’s an affordable luxury. Most of its watches only carry at a smidgeon of the astronomical prices that big Swiss watchmakers price their timepieces. You won’t need an appointment to get one as well, as Oris retailers are plentiful across the world. In fact, you might even find one in your local mall!