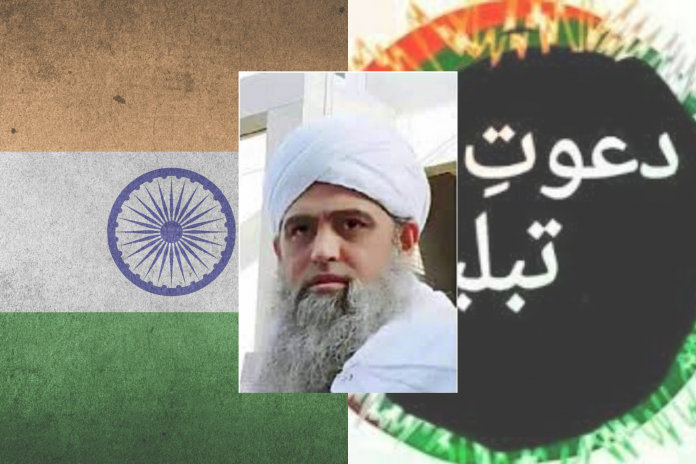 Even as Maulana Saad Khandhlawi, the chief of Tablighi Jamaat continues to elude the police, sources close to him on Thursday said that he has gone into quarantine in an undisclosed place.

The Delhi Police’s crime branch has been conducting raids at several places in the national capital and in the state of Uttar Pradesh also since Wednesday. According to police sources, crime branch teams are conducting raids in Muzaffarnagar and Shamli districts of Uttar Pradesh with the help of the local police. So far raids have also been held in three of his residences in Delhi’s Zakir Nagar and Nizamuddin.

Caught in the eye of a storm over sheltering more than 2,000 religious followers in a Delhi mosque during the COVID-19 lockdown, the Amir (Chief) of Tablighi Jamaat, Maulana Saad Khandhlawi has been a controversial Muslim cleric for years. Maulana Saad who claims to have over 100 crore followers in nearly 200 countries, functions from Nizamuddin mosque, which serves as a global Markaz (centre) of Tablighi Jamaat.

Bypassing rituals and regulations of Tablighi Jamaat, Maulana Saad ignored all orders of Shura (central council) of Jamaat, and declared himself the Amir to capture the coveted seat at the Markaz Nizamuddin in November 2015 as he turned 50.

“He insulted the elders, scholars and the members of the Shura. The Amir is elected on the advice of the Shura but he did not pay heed to any orders of the supreme council and decided on his own to take over the Jamaat,” said Maulana Idris of Shamli.

In fact, Maulana Saad Khandhlawi’s family comes from Kandhla, a place near Shamli district of western Uttar Pradesh, around 80 kilometers away from Delhi. Deemed as one of the most influential movement in Muslim world, Tablighi Jamaat was established by Maulana Muhammed Ilyas Khandlawi, the great grandfather of Maulana Saad. Tablighi Jamaat was an offshoot of Deoband movement and aims at revival of the true Islam as perceived by the Prophet Mohammed.