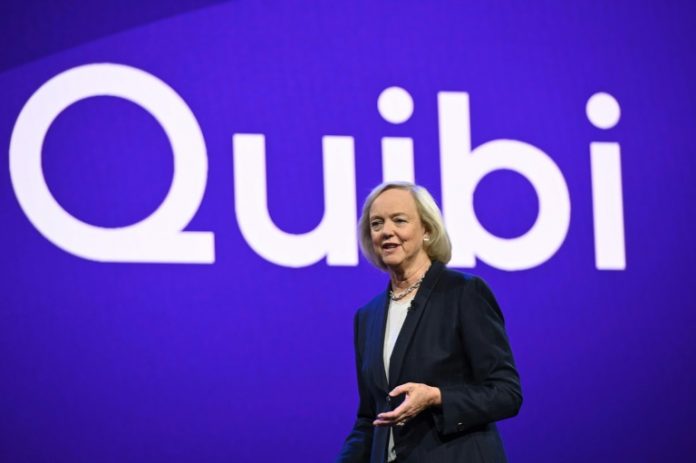 Quibi, the multi-billion-dollar streaming platform launching Monday, is betting it can transform entertainment with short, Hollywood-quality clips to watch “on the go” — even as much of the world is trapped at home.

Industry legends and stars from Steven Spielberg and Guillermo del Toro to Jennifer Lopez and Reese Witherspoon have lined up to make movies and shows for the youth-focused, smartphone-only service.

Tapping into the boom in mobile video viewing, all content will be delivered in clips of no more than 10 minutes — or “quick bites.” Every show must be made in both horizontal and vertical formats, automatically flipping between the two as viewers rotate their phones.

But Quibi’s plans were set long before the coronavirus pandemic prompted stay-at-home orders for billions of people around the globe — meaning nobody is quite sure how to measure success in the months ahead, its CEO told AFP.

“Honestly, we don’t know, because we are launching in unprecedented times,” said Meg Whitman, who previously led eBay. “I don’t think any of us have ever seen anything quite like this.”

While presumably fewer people will now watch during commutes or coffee breaks, self-isolation could prompt its own need for quick distractions, Quibi executives say.

“People still have in-between moments — it’s just different,” said Whitman. One such a moment, she suggested, could come when an exhausted parent takes a pause from homeschooling children.

“I live on Zoom calls all day,” she said, referring to the popular remote conferencing software. “But occasionally I’ll have 10 or 15 minutes between Zoom calls (and) I’ll watch a Quibi.”

A formidable lineup — 50 shows at launch, with 175 originals in its first year — helped make Quibi’s decision to stick with its long-established April 6 launch a lot easier, said Whitman.

Big Hollywood names have committed to work with Quibi thanks to its founder, Jeffrey Katzenberg, a towering figure in Tinseltown who ran Disney Studios for a decade and co-founded DreamWorks.

“We had enough content in the bank,” Whitman said.

After an initial batch at launch, one “chapter” will be released per day, with the aim to rekindle the “water-cooler moments” of traditional television.

New scripted content is already scheduled through late fall. But amid the deep uncertainty facing Hollywood, what comes next is anyone’s guess.

“We certainly hope the production will be back online soon,” said Whitman. “We just don’t know… You have to tolerate ambiguity well.”

Quibi also aims to keep users coming back with daily news, sports and entertainment shows — a genre far harder to produce at a time when studios are closed across the US.

“It’s been a little crazy,” admitted Whitman, who said many shows will broadcast from hosts’ homes rather than specially constructed studios.

“Two weeks ago, we thought maybe four or five of these ‘Daily Essentials’ would actually not be able to get into production for us,” she said. “But they’ve all come on.”

Subscriptions will cost $5 monthly with ads, or $8 without. But with cash short for many as unemployment surges, Quibi last month extended its two-week trial period to a 90-day offer.

The assumption is that, just as HBO transformed television with its premium subscription content, Quibi can get people to spend if the quality is high enough.

“What we will produce for the money that we are spending is very different to the incredible creativity of people who are producing shows for $500 a minute,” she added.

Quibi’s eye-watering budgets are more comparable to longer-form streaming platforms such as Netflix, Amazon Prime, Disney+ and Apple TV+, with HBO Max and Peacock set to join the fray shortly.

But Whitman insists Quibi — aiming to create “the next big wave of story-telling” — does not view those as direct rivals.

“There were movies, there was television, there was streaming,” said Whitman. “And now maybe there is this new way to tell stories for mobile, in Hollywood-quality ways.”