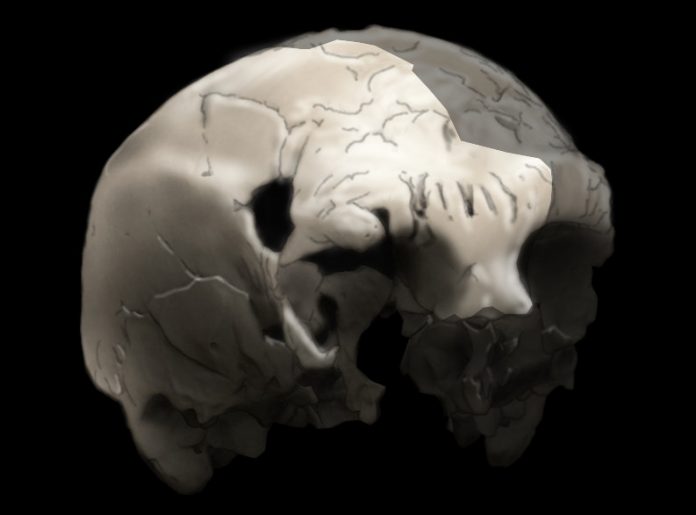 The history of Portugal can be discovered from around 400,000 years ago, when the region of present-day Portugal was inhabited by Homo heidelbergensis. The oldest human fossil is the skull discovered in the Cave of Aroeira in Almonda. Later Neanderthals roamed the northern Iberian peninsula. Homo sapiens arrived in Portugal around 35,000 years ago. Old AF, isn’t it?

Pre-Celtic tribes inhabited Portugal leaving a remarkable cultural footprint. The Cynetes developed a written language, leaving many stelae, which are mainly found in the south of Portugal.

Early in the first millennium BC, several waves of Celts invaded Portugal from Central Europe and intermarried with the local populations to form several different ethnic groups, with many tribes. The Celtic presence in Portugal is traceable, in broad outline, through archaeological and linguistic evidence. They dominated much of northern and central Portugal; but in the south, they were unable to establish their stronghold, which retained its non-Indo-European character until the Roman conquest. In southern Portugal, some small, semi-permanent commercial coastal settlements were also founded by Phoenician-Carthaginians.

Numerous pre-Roman peoples of the Iberian Peninsula inhabited the territory when a Roman invasion occurred in the 3rd century BC. The Romanization of Hispania took several centuries. The Roman provinces that covered present-day Portugal were Lusitania in the south and Gallaecia in the north.

Romanization began with the arrival of the Roman army in the Iberian Peninsula in 218 BC during the Second Punic War against Carthage. The Romans sought to conquer Lusitania, a territory that included all of modern Portugal south of the Douro river and Spanish Extremadura, with its capital at Emerita Augusta.

Mining was the primary factor that made the Romans interested in conquering the region: one of Rome’s strategic objectives was to cut off Carthaginian access to the Iberian copper, tin, gold, and silver mines. The Romans intensely exploited the Aljustrel (Vipasca) and Santo Domingo mines in the Iberian Pyrite Belt which extends to Seville.

While the south of what is now Portugal was relatively easily occupied by the Romans, the conquest of the north was achieved only with difficulty due to resistance from Serra da Estrela by Celts and Lusitanians led by Viriatus, who managed to resist Roman expansion for years. Viriatus, a shepherd from Serra da Estrela who was expert in guerrilla tactics, waged relentless war against the Romans, defeating several successive Roman generals, until he was assassinated in 140 BC by traitors bought by the Romans. Viriatus has long been hailed as the first truly heroic figure in proto-Portuguese history. Nonetheless, he was responsible for raids into the more settled Romanized parts of Southern Portugal and Lusitania that involved the victimization of the inhabitants.

The conquest of the Iberian Peninsula was complete two centuries after the Roman arrival, when they defeated the remaining Cantabri, Astures and Gallaeci in the Cantabrian Wars in the time of Emperor Augustus (19 BC). In 74 AD, Vespasian granted Latin Rights to most municipalities of Lusitania. In 212 AD, the Constitutio Antoniniana gave Roman citizenship to all free subjects of the empire and, at the end of the century, the emperor Diocletian founded the province of Gallaecia, which included modern-day northern Portugal, with its capital at Bracara Augusta (now Braga). As well as mining, the Romans also developed agriculture, on some of the best agricultural land in the empire. In what is now Alentejo, vines and cereals were cultivated, and fishing was intensively pursued in the coastal belt of the Algarve, Póvoa de Varzim, Matosinhos, Troia and the coast of Lisbon, for the manufacture of garum that was exported by Roman trade routes to the entire empire. Business transactions were facilitated by coinage and the construction of an extensive road network, bridges and aqueducts, such as Trajan’s bridge in Aquae Flaviae (now Chaves).

In 409, with the decline of the Roman Empire, the Iberian Peninsula was occupied by Germanic tribes that the Romans referred to as barbarians. In 411, with a federation contract with Emperor Honorius, many of these people settled in Hispania. An important group was made up of the Suebi and Vandals in Gallaecia, who founded a Suebi Kingdom with its capital in Braga. They came to dominate Aeminium (Coimbra) as well, and there were Visigoths to the south. The Suebi and the Visigoths were the Germanic tribes who had the most lasting presence in the territories corresponding to modern Portugal. As elsewhere in Western Europe, there was a sharp decline in urban life during the Dark Ages.

Roman institutions disappeared in the wake of the Germanic invasions with the exception of ecclesiastical organizations, which were fostered by the Suebi in the fifth century and adopted by the Visigoths afterwards. Although the Suebi and Visigoths were initially followers of Arianism and Priscillianism, they adopted Catholicism from the local inhabitants. St. Martin of Braga was a particularly influential evangelist at this time.

In 429, the Visigoths moved south to expel the Alans and Vandals and founded a kingdom with its capital in Toledo. From 470, conflict between the Suebi and Visigoths increased. In 585, the Visigothic King Liuvigild conquered Braga and annexed Gallaecia. From that time, the Iberian Peninsula was unified under a Visigothic Kingdom.

With the Visigoths settled in the newly formed kingdom, a new class emerged that had been unknown in Roman times: a nobility, which played a tremendous social and political role during the Middle Ages. It was also under the Visigoths that the Church began to play a very important part within the state. Since the Visigoths did not learn Latin from the local people, they had to rely on Catholic bishops to continue the Roman system of governance. The laws established during the Visigothic monarchy were thus made by councils of bishops, and the clergy started to emerge as a high-ranking class.