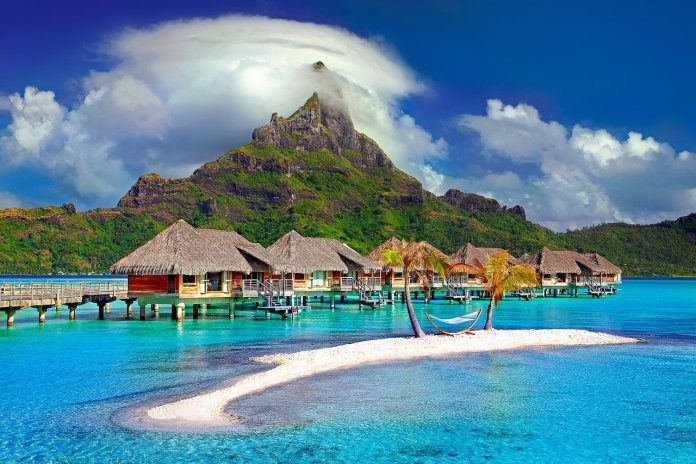 Any traveler would want to know the magical past of Bora Bora Island. Its magical beauty and unspoiled resources made this tiny island one of the world’s greatest paradise. With its serene lagoon and stunning views of the mountain, surely, one would wonder about the history of Bora Bora Island.

Bora Bora is a volcanic island located in the Pacific that lies 240 kilometers north west of Tahiti in the Leeward Society Islands. It is also approximately 2,600 miles south of another tropical wonder, Hawaii. Home to more than 4,000 people, its warm, tepid and shallow waters makes it the perfect location for sun worshippers.

The known history of Bora Bora Island started in 1722, when it was first discovered. The Tongan people were the first settlers of the seven-million-year-old island. Its ancient name of Vavau hints that Tongans played an important part of the history of Bora Bora.

The first European sighting was made by Jakob Roggeveen in 1722.

James Cook sighted the island on 29 July 1769, using a Tahitian navigator, Tupaia. The London Missionary Society arrived in 1820 and founded a Protestant church in 1890. Bora Bora was an independent kingdom until 1888 when its last queen Teriimaevarua III was forced to abdicate by the French who annexed the island as a colony.

The history of Bora Bora is marked by the rivalry of two clans: one based near Faanui, consisting of families attached to the marae Farerua, and the other consisting of the families of Nunue and Anau around the marae Vaiotaha, which was long among the most important marae of Polynesia.

In this respect, Bora Bora is likewise marked by the rivalry with Raiatea in pursuit of religious power. Up to a certain period, a certain parallelism can be seen between the institutions of Bora Bora and Raiatea, which suggests that the two islands exercise joint religious and political authority over the other Leeward Islands. However, Raiatea ultimately became the center of religious power, while Bora-Bora retained a particularly strong military power, expressed both in internal wars and in wars with rival islands.

According to Tupaia, Borabora was actually a place of exile for thieves and other wrongdoers. However, the outcasts eventually became pirates, attacking the other islands in kind. In the 18th century a great chief, Puni (Teihotu Matarua), succeeded in dominating the island’s other clans. He then conquered Tahaa before attacking Raiatea, which he conquered in 1763 after a three-year campaign. In 1769, when James Cook landed at Tahaa and Raiatea, the islands were still dominated by Puni and his Borabora warriors.

At Puni’s death, his nephew Tapoa I, paramount chief of Bora Bora, Raiatea and Tahaa, settled at Raiatea, thus leaving local power to the chiefs Mai and Tefaaora, originally of Nunue and Anau, and members of the marae of Vaiotaha.

Another fascinating fact of the history of Bora Bora Island is that in Tahitian language, there is no “B”, so the 16.9 square mile island’s actual name was then Pora Pora or “first born”.

The World War II also played a significant part of the history of Bora Bora Island. In World War II the United States chose Bora Bora as a South Pacific military supply base, and an oil depot, airstrip, seaplane base, and defensive fortifications were constructed. Known as “Operation Bobcat”, it maintained a supply force of nine ships, 20,000 tons of equipment and nearly 7,000 men. The attack on Pearl Harbor made by Japan forced US to join the World War II. The United States then decided to set up a base in Bora Bora. After the war, when the base officially closed on June 2, 1946, many US staff were smitten with the island and they refused to leave. Those who stayed were removed by force. The World War II airstrip, used by US forces then, was the only international Airport of the French Polynesia until the Faa International Airport was opened in Tahiti in 1962.

Visitors to Bora Bora can explore the stunning and spectacular island using the mountain bikes or a motor canoe. Activities include snorkeling, swimming, scuba diving, barbeque parties, picnic on top of Mt. Pahia, fish feeding, parasailing and canoe excursions. For foreigners, boutiques in the hotels are stocked with souvenirs, pearls, shirts, suntan lotion and camera film. So come to this beautiful island and see its magical past.