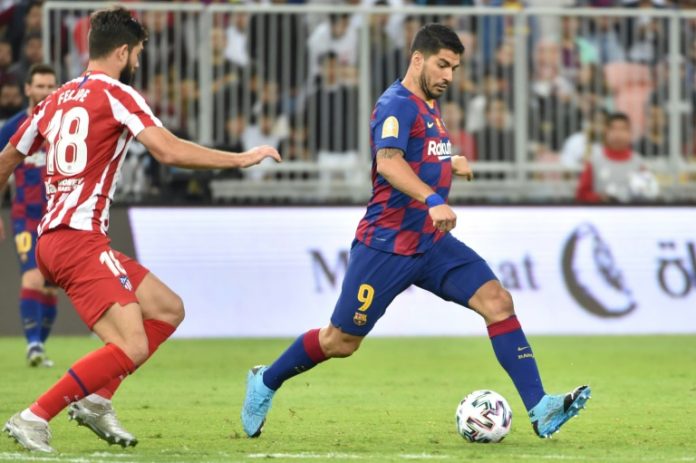 Neymar “will always be welcome” back at Barcelona, the Spanish giants’ striker Luis Suarez told Mundo Deportivo on Wednesday.

Neymar left Barca in a world record move to Paris Saint-Germain in 2017 but has been persistently linked to a possible return to the Camp Nou.

Suarez told the paper: “Everybody knows ‘Ney’, we all know the affection we have for him in the dressing room.

“His ability is indisputable and he still has so much to show. He will always be welcome in the changing room, we appreciate him a lot.”

Suarez, 33, recovering from right knee surgery, said it was “complicated” to talk about players joining Barca at this time of crisis with the coronavirus pandemic.

“But I can talk about players, and these are huge players,” he commented when asked by the paper to discuss the rumours linking the 28-year-old Neymar with a Barca return.

The Uruguayan also had warm words for Inter Milan’s Lautaro Martinez, the 22-year-old Argentine whose name also been associated with a move to Catalonia.

“Lautaro is a player who is progressing in Italy, he is a flexible centre-forward, with spectacular moves and that shows what a great a striker he is.”

Questioned about how any eventual new signings would fit in Suarez said: “There will always be a healthy rivalry between us, and while we are all focused on the same objective, that is winning, any players who come in to help the team achieve its aims will always be welcome.”

He then turned to last week’s deal with the club to cut players’ wages by 70%, with Barca captain Lionel Messi accusing the club of undermining the squad during negotiations.

“There were some things that were said that were false, like that the players didn’t want to see their salaries reduced, that some were against it.

“That they (club management) were saying that without being part of the squad was annoying. It annoyed all the players.”

Suarez emphasised all the players were united from the start in wanting to help the club as much as possible.

“The deal was delayed because it’s not easy to revoke the salary of 22-23 players.

“It was worked out between the club and the players’ lawyers, but it wasn’t easy to do.”