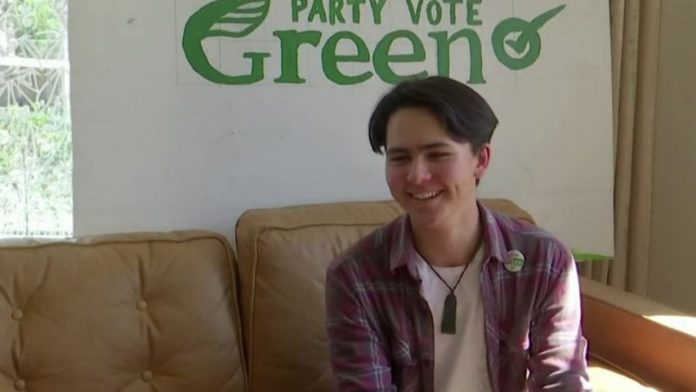 The growing green concerns that will be in the spotlight on Earth Day next week are mirrored in a call for an “environmental revolution” by an 18-year-old New Zealand activist looking to take on Prime Minister Jacinda Ardern in an election this year.

Climate change is shaping up as a major issue in the general election after New Zealanders were shocked in recent months by ash from bushfires in neighbouring Australia that turned their skies red and glaciers brown.

The youthful challenger, climate activist Luke Wijohn of New Zealand’s Green Party, stands to become the country’s youngest lawmaker should he pull off an admittedly unlikely win to take Auckland’s Mount Albert seat from Ardern in the Sept. 19 poll.

Wijohn aims for “environmental revolution”, he told Reuters, as he prepared to host his first Green Party political meeting at his parents’ home in Auckland by painting signs with fellow party members.

“I’m going to run my campaign similar to a climate strike, similar to any grassroots protest, where it is about reaching the people,” added Wijohn, who gained prominence for organising last year’s “School Strike 4 Climate” marches in New Zealand.

“Especially in this modern era, when there’s lies online, we need to be able to fight that with real conversations about our values.”

Wijohn said he saw Ardern, herself the youngest elected head of government when she won office in 2017, as being in a “compromised position”.

“That is why we need the Green Party to be strong enough to pull them to go further and faster,” he said.

Now 39, Ardern is seen as a liberal, progressive and environment-friendly leader whose coalition, which includes the Green Party, has acted on issues of climate change, social justice, and equality.

“Our rules, our laws are so far behind what they could be,” he said.

“We can actually make laws that are further forward than the culture is ready for,” he added, saying a push for better culture and laws would provide a foundation for change.

“We can just build it up to get, the environmental revolution, basically.”