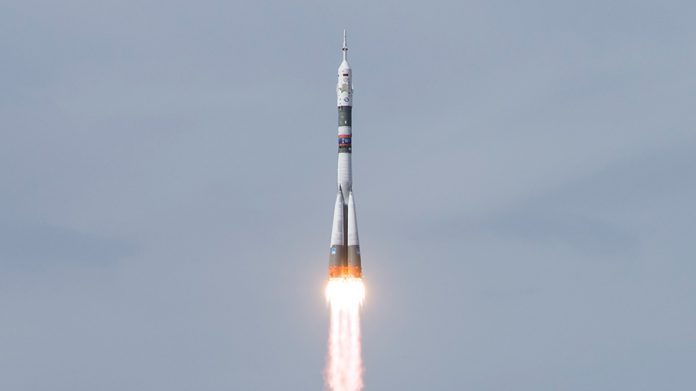 A Soyuz spacecraft carrying NASA astronaut Chris Cassidy, along with Anatoly Ivanishin and Ivan Vagner of the Russian space agency Roscosmos, docked with the International Space Station (ISS) on Thursday.

The arrival temporarily restores the station”s crew complement to six for the remainder of Expedition 62.

Skripochka, Morgan, and Meir will undock in their Soyuz MS-15 spacecraft to return to Earth on April 17.

At the time of undocking, Expedition 63 will begin with Cassidy as the commander for a mission of more than six months during which they will conduct about 160 science investigations in fields such as, biology, Earth science, human research, physical sciences, and technology development.

Work on the unique microgravity laboratory advances scientific knowledge and demonstrates new technologies, making research breakthroughs that will enable long-duration human and robotic exploration of the Moon and Mars.

The crew members of Expedition 63 are scheduled to be aboard the station to welcome the first commercial crew spacecraft, carrying NASA astronauts Bob Behnken and Doug Hurley, who will arrive on NASA”s SpaceX Demo-2 flight test, currently targeted to launch in mid-to-late May, said NASA.

It is the third spaceflight for Cassidy and Ivanishin and the first for Vagner.