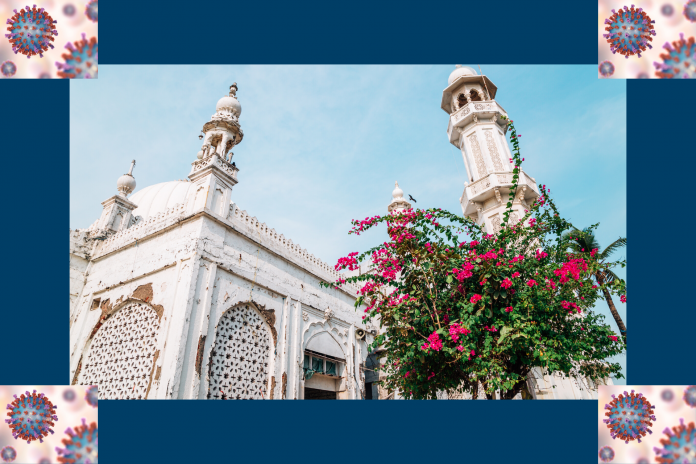 Over 500 foreign Muslim preachers have been found to be staying in more than 15 mosques in the national capital, police said. These foreign nationals are hiding in different places as they are unable to move out of the country due to the lockdown announced by the Central government in view of the coronavirus (COVID-19) pandemic.

A police officer said that during raids conducted by the Delhi Police in several places across the national capital, these preachers were found to be hiding in 16-17 places.

The police officer revealed that the Special Branch (Intelligence Department) and Delhi Police Crime Branch are working relentlessly to find those preachers, who attended the Tablighi Jamaat event in Nizamuddin Markaz in Delhi last month as they are suspected to be infected with the dreaded coronavirus.

Highly placed sources in Delhi Police disclosed that the foreign preachers received assistance from “local hands” in managing accommodation after they were unable to move out of the country due to the lockdown.

According to Delhi Police Crime Branch sources, the Tablighi members helped all these foreign guests. An information was sent to all the mosques and madrasas in the national capital to make arrangements for their stay.

Additional Police Commissioner Shankhdhar Mishra, of Rohini district, said: “At least 20 Tablighi preachers have been found in different police station areas that come under me. Most of them are from Indonesia.

“As soon as the lockdown was announced, all of them first turned to the mosques. Whoever found a place in mosques stayed or hid there,” he said.

The police officer further said: “A search operation is going on. Whoever would be found shall be handed over to the health department officials so that they can be quarantined.”

According to the sources, in the last few days of March, Delhi Police has shared a number of information on this matter with the Delhi government, following which the concerned departments of the Arvind Kejriwal-led government have also become active.

Those who had met the foreign preachers are being asked about the whereabouts of their companions and associates. Police are also trying to know if they are hiding only in Delhi, or also in other parts of the country.

A few days ago, Delhi Police had found 173 such indigenous as well as foreign preachers who had attended the Markaz event.

Their names were given to the Delhi government’s health department so that they could be immediately quarantined. According to the list, 160 people including 5 foreign national women out of 173 were from other countries.

According to Delhi Police sources, the largest number of foreigners have been found hiding in North Eastern, South Eastern, Rohini, Southern districts, and to some extent in West Delhi.

Meanwhile, a health department official said the Delhi Police is providing information about the presence of foreigners.

“Our Department teams are making immediate arrangements to quarantine them,” the official said.