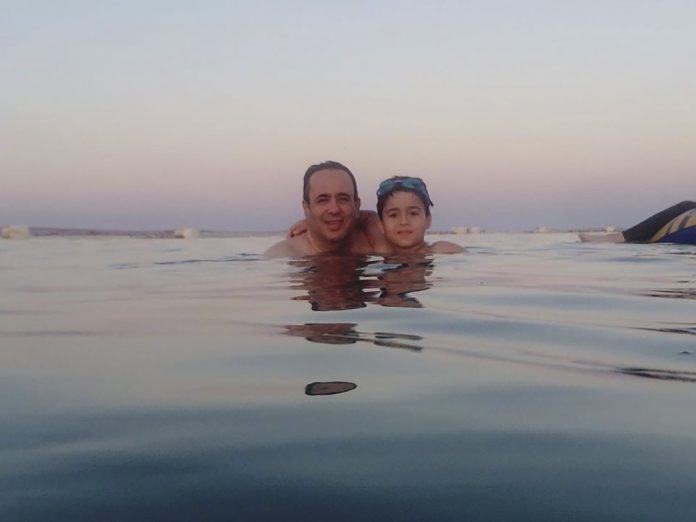 This is the third part of ‘lives lost’ series.

An Egyptian doctor, the ‘backbone’ of his family

Dr. Ahmed el-Lawah liked to gather the whole family every week at his home in the Egyptian city of Port Said — his parents, his wife and children, all his siblings, their kids and their kids’ kids. He would often play with the children and ask them about their hopes and dreams.

At their most recent gathering, el-Lawah, a pathologist, told his 13-year-old son, Mohammed, “I want you to be a doctor.” El-Lawah’s youngest sister, Mai, was surprised. “Why?” she asked him. “You always say medicine is such a difficult field.”

“I want him to pursue my path and take my place,” el-Lawah replied.

Two days later, he learned that a patient he had tested at his lab was confirmed positive with the coronavirus. El-Lawah immediately isolated himself. Within two weeks the 57-year-old was dead, leaving behind a stunned family and a mourning community.

“I don’t know how life is going to be without him. He was the backbone of our family,” Mai told the Associated Press, sobbing. “We’re all asking each other, What are we going to do without him?”

The eldest son among seven siblings, Ahmed was the one who took care of everyone, the one they turned to for advice.

Their father built a lucrative business importing household goods from the U.S. and Italy. In the 1970s and 1980s, Port Said was a place to make money: a city at the Mediterranean entrance of the Suez Canal and site of the Duty Free Market, the easiest entry point for imports as Egypt’s long-closed socialist economy opened up. Ahmed was more like a friend to him than a son, traveling with him on work trips and helping run the business.

The whole clan was close. The four-story family building, in downtown Port Said, had apartments for the siblings, so they could stay together as they married and had children of their own.

To Mai, around 20 years younger, Ahmed was like a father. He bought her a school uniform when she was a child and took her on vacations. At her wedding, he cried “as if he were my father not my brother.” After Mai had children, Ahmed encouraged her daughter to aim for university and advised Mai to let her study what she wanted.

Hanin, one of his nieces, said he practically raised her since her parents live in Libya, and now he was guiding her two kids.

“All the children were brought up under him. He watched over all of us,” she said. “He was a noble knight, a man of morals.”

Ahmed’s own daughter, Israa, earned a masters in maritime transport and, now 24, works in his lab.

Ahmed built the family’s name in their home city. He was well known in the medical community, teaching pathology at university and running his lab.

A friend, Dr. Osama Arafa, said he would send patients to the el-Lawah Lab and, if they couldn’t pay, he would test them for free. He donated money to care for orphaned children and supported poor families. Hanin said she often sent her neighbors, if they needed help, to Uncle Ahmed. He built two mosques as an act of charity.

“It’s rare to find a person like him, beautiful and kind,” Arafa said. “He was very liked in Port Said.”

In his last Facebook post, written from his self-isolation, el-Lawah pleaded with people to stay at home, explaining why it was so important to stopping the virus.

Soon, the virus began to steal his breath. His friends found an available ICU at a local hospital. But there was no ambulance fitted with protections against the virus, so they had to take him in a private car, said one of his friends, Dr. Ibrahim Hashim. He was put on a ventilator, then taken to a quarantine hospital in the nearby city of Ismailia.

There, he died in the early hours of March 30.

A video posted on Facebook shows the arrival of his body at Port Said’s Hayy al-Zuhour cemetery overlooking the Mediterranean. Police had barred entry to the cemetery.

Men encased in yellow hazmat suits wait at the cemetery’s entrance, the gates open and ready. When the ambulance carrying el-Lawah arrives, they usher it quickly in without stopping, then hurry to shut the black metal gates behind themselves. Over the cemetery wall, the camera gets one last, partial glimpse of the ambulance before it disappears among the tombs.

A few dozen men who had been watching from a parking lot across the street then coalesce into rows and recite a prayer used specifically when the dead is absent.

They’re not seen in the video, but el-Lawah’s wife Amal and their son were sitting in a car nearby.

From that remove, never leaving the car, they watched him taken away. Soon after, Amal and their daughter Israa, testing positive for the virus, would be hospitalized and quarantined.