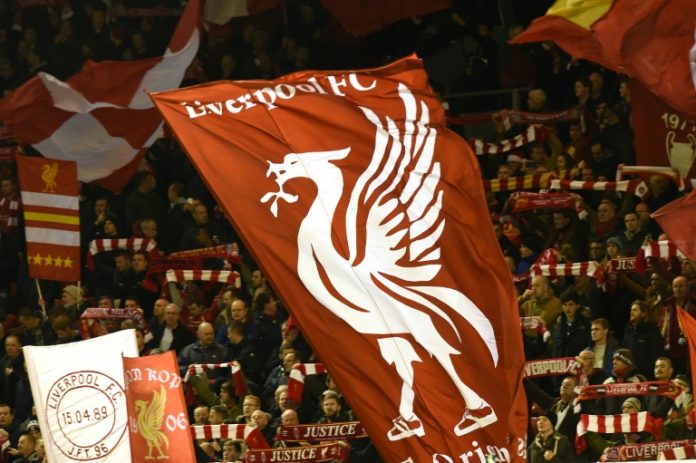 Liverpool were accused of betraying their “morals and values” on Saturday for their move to furlough non-playing staff during the coronavirus pandemic as Premier League stars warned of a £200 million ($245 million) shortfall in government coffers if 30 percent wage cuts were introduced.

Premier League leaders Liverpool said they would top up the public money made available from the government to ensure staff on temporary leave received their full salaries.

It follows similar moves by Newcastle, Tottenham, Bournemouth and Norwich to take advantage of the scheme, under which employers can claim for 80 percent of furloughed employees’ wages.

But former Reds players Jamie Carragher and Stan Collymore strongly criticised the move by the European champions, who in February announced pre-tax profits of £42 million ($51 million) for 2018/19.

“(Manager) Jurgen Klopp showed compassion for all at the start of this pandemic, senior players heavily involved in @premierleague players taking wage cuts. Then all that respect & goodwill is lost, poor this @LFC,” tweeted Carragher.

Collymore was even more forthright, tweeting: “I don’t know of any Liverpool fan of any standing that won’t be anything other than disgusted at the club for furloughing staff.”

Another former Anfield star, Germany’s Dietmar Hamann tweeted: “Astonished by the news that @LFC takes advantage of the furlough scheme to claim 80% of non-playing staff wages back off the government.

“That’s not what the scheme was designed for. Contrary to the morals and values of the club I got to know.”

Liverpool said staff would be paid 100 percent of their salaries to ensure nobody was financially disadvantaged.

A statement from the club said: “Even prior to the decision on staff furloughing, there was a collective commitment at senior levels of the club — on and off the pitch — with everyone working towards a solution that secures jobs for employees of the club during this unprecedented crisis.”

Newcastle’s Danny Rose, right, defending against Crystal Palace, said he would take a pay cut but does not want to accept the blame

Meanwhile, the Professional Footballers’ Association warned of a £200 million shortfall in British government tax revenues if a 30% pay cut was introduced for players.

“All Premier League players want to, and will, play their part in making significant financial contributions in these unprecedented times,” said a PFA statement after a meeting with the Premier League.

“We welcomed the opportunity to discuss this and we are happy to continue talks.”

However, the PFA insisted it was too simplistic to criticise multi-millionaire players for not easily agreeing to salary cuts.

“The proposed 30 percent salary deduction over a 12-month period equates to over £500m in wage reductions and a loss in tax contributions of over £200m to the government,” the PFA statement added.

“What effect does this loss of earning to the government mean for the National Health Service?”

The Premier League has been seen as lagging behind other European leagues in its response to coronavirus and was accused by one British lawmaker of operating in a “moral vacuum”.

In Spain, Barcelona and Atletico Madrid players have already agreed to pay cuts of 70% while the stars of Italian champions Juventus will be paid a reduced amount for the next four months.

England defender Danny Rose, on loan at Newcastle from Tottenham, told the BBC players were “keen to make something happen”.

“I can only speak for myself but I would have no problems whatsoever contributing some of my wages to people who are fighting this on the front line and to people who have been affected by what’s happening at the minute,” he said.

On Friday, a hospital in London identified Rose as the individual behind a £19,000 donation.

Liverpool skipper Jordan Henderson has led talks between Premier League club captains over what action they could take, a move that began before Britain’s Health Secretary Matt Hancock on Thursday joined those singling out footballers.

The Premier League was accused of operating in a ‘moral vacuum’

“It was just not needed for people who are not involved in football to tell footballers what they should do with their money,” added Rose.

“I found that so bizarre.”

Burnley issued a stark warning on Saturday about the potential financial fallout from the coronavirus outbreak, claiming they would face a shortfall of up to £50 million ($61 million) if it were not possible to complete the season.

The English top-flight said on Friday the 2019/20 season would only return when it was “safe and appropriate to do so”.

The league agreed to provide a £125 million fund for the English Football League and National League and pledged £20 million in charitable support for the National Health Service and other groups.