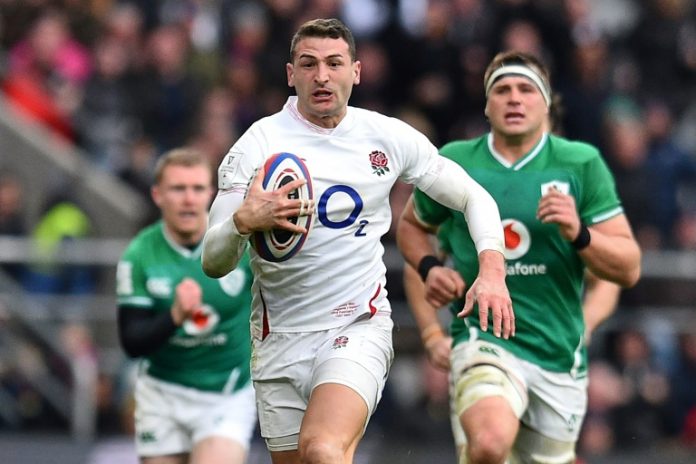 England wing Jonny May will leave Leicester to rejoin Premiership rivals Gloucester at the end of the season.

The English Premiership season is currently suspended because of the coronavirus, but May is due to return to Gloucester on July 1.

May has scored 30 tries in 44 matches for Leicester since arriving from Gloucester in 2017.

“I’m proud of my time at Leicester Tigers. What an amazing experience to have played for such a great club,” May said on Saturday.

“It really has developed my game and it’s brought the best out in me as a player. I gave 100 per cent every time I put the shirt on and I have no regrets.”

Gloucester director of rugby David Humphreys said the deal to take May back to Kingsholm was completed during virus lockdown.

“We’ve been talking to Jonny for a little while, and were very close to an agreement before the Premiership was postponed and our discussions had to be put on hold,” Humphreys said.

“With the changing landscape in English rugby and beyond, we very much appreciated Jonny’s pragmatic approach to our discussions.”

May, who is 30, is England’s fifth highest try-scorer, with 29 in his 56 international appearances, and was part of the team which lost the 2019 World Cup final against South Africa in Japan.

He said Gloucester were the only team he wanted to join once he decided to leave Leicester.

“I’m grateful to David Humphreys and everyone at Gloucester who have found a way for me to rejoin,” May said.