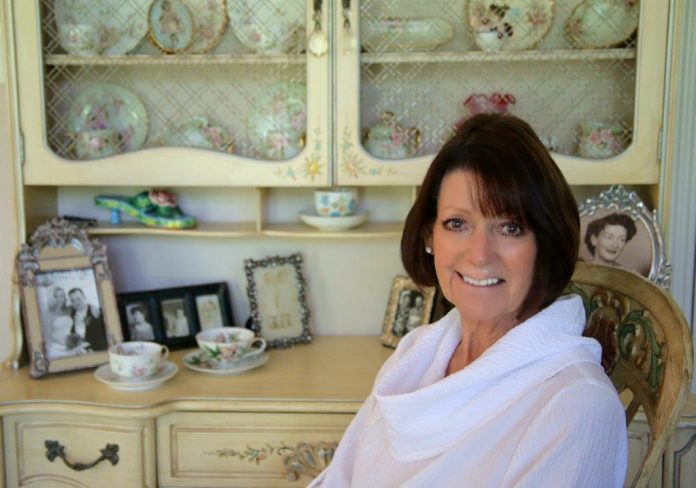 American author, JoDee Neathery, embarked on her five-year journey to publication of literary novel,  Life in a Box, debuting July 2017, by diving into the unknown with nothing more than a burning desire to see the dawn before the rest of the world, a vivid imagination, a keen sense of humor, and the sureness that the moon was indeed made of cheese just like her Mama promised. She has been on an exhilarating ride since then having the honor of addressing numerous organizations, book clubs, literary societies, women’s clubs, senior living facilities, and associations from Texas to Alabama. During these presentations she shared her “non-author pedigree” background, the struggles, doubts, fortitude, and triumphs of realizing this life-long dream. And, she jokes, “Another perk of speaking into a microphone to a room full of strangers has been a boost of confidence like actress Sally Fields once said, ‘they like me, they really like me.’

She scribbled Life in a Box on the ever-present notepad beside her bed in the middle of the night and is often asked what the title means. The literal meaning was derived from a fixture in her childhood home. Tucked in a hall closet was a dilapidated leather suitcase full of memories – sepia tinted and black and white photos, yellowed newspaper clippings, and her grandmother’s handwritten journals. Since numerous characters in the novel are based on her family, this treasure trove of antiquity was instrumental in their development although the events surrounding them in the book are purely fictional.

Unfortunately, and ironically, the title resonates with a myriad of people around the world now living in seclusion – inside a box so to speak – under circumstances out of their control. “My hope is, after this pandemic subsides, we all will cherish how the smallest act of kindness ignites a firestorm of love.”

As a five-year old Ms. Neathery experienced culture shock when her Texas-born Dad announced to her Southern California-raised Mom, we are leaving the ocean breezes and palm trees for mesquite bushes and tumbleweeds. “Residing in Midland, Texas was a wonderful place to grow up, a small-town mentality full of talented doers, dreamers, and the friendliest people on the planet.” She attended elementary school with a Texas Governor who became the 43rd President of the United States, went to high school with his first lady and the General who commanded the U.S. troops in the Middle East. “The boyfriend I dumped in the eighth grade recovered nicely becoming the youngest network television sports producer at the age of twenty-three for ABC, won seven Emmys, and is married to a stunning Hollywood actress.”

After graduating high school, her eyes were on attending a small liberal arts college in Louisiana majoring in dance with aspirations of a career on Broadway. Her practical father nipped those pipe dreams in the bud with the suggestion that unless she wanted to be a nurse or teacher, finding a job was a better option than college, thus relegating her jazz hands to typing and shorthand. Anyone remember shorthand? They are called emojis today.

JoDee spent her professional life in the banking industry prior to branching out into the public relations recruiting business, then handling publicity for a non-profit, writing freelance articles for newspapers and trade publications, and sadly a few obituaries. Her dream “job” has been chairing, writing minutes, and reviews for her community book club, eighty members strong. She says, “without the encouragement and prodding of my book club, Life in a Box would still be a flight of fancy – they believed in me before I did.”

A Stage 4 Melanoma diagnosis pushed urgency to the forefront of her life. Author, Pat Conroy said, “four of the most powerful words in the English language are tell me a story.” She had one to tell so she had best get started. JoDee tested the waters by sending the first fifty pages to a person she held in high regard. The verdict – unpublishable. “The words stung. I felt my unconventional background had reared its ugly head. Suddenly the line in the sand was drawn, give up or do what it takes to complete my dream.”

She read dozens of “how-to” books, took on-line courses, consulted with other authors, entered contests, and participated in writing boot camps. Five years after launching the dream, her novel was ready for readers. And to her harshest critic she sent a copy of the book along with a note. “I said, thank you for bucking me off the horse…I got back on.”

“Life in a Box is a character-driven novel asking the question how much would you sacrifice to hide a secret? The answer reveals itself as the protagonist, Andee Camp, inherits a box of family history along with a challenge from her mother to write a novel based on their ancestors. As Andee writes the stories of two sets of twins born on the same day, the Smiths in Portland, Oregon and the Browns in Amarillo, Texas, the pieces in the complicated puzzle begin to fit together. And, behind the backdrop of the San Gabriel Mountains in Southern California, the two families form a bond lasting three-quarters of a century. The book alternates between a contemporary timeline and the 1900’s through the 1940’s and by the last chapter we all realize just how much one would sacrifice to hide a secret.”

Midwest Book Review calls it, “One of those all too rare literary gems…it offers a roller coaster ride from first page to last in a read that deftly blends mystery and history as colorful characters come alive. A novel that will linger in the mind and memory long after the book itself has been finished and set back upon the shelf, “Life in a Box” is unreservedly recommended….”

Artisan Book Reviews says, “Life in a Box by JoDee Neathery is an expressive and dramatic work of literature that readers will revel in. The descriptive writing is truly remarkable with vivid scenes, sensual food and fascinating people. The author has a way with words that draws the reader in and won’t let go. Her descriptions are paramount and had me on the scene watching on as the story unfolded.  This is an unusual book that is written with a unique voice that reverberates on every page. It is filled with twists and turns and clues in every chapter. But still I was surprised and satisfied at the astounding conclusion. It’s an original family saga piece that is filled with suspense, intrigue and drama. The characters in Life in a Box are complex and fully developed. I was surprised at how many characters there actually were, but the author does an exemplary job at defining each one with interesting personalities and each are vital to the storyline and plot…some very colorful that I loved, and then some that weren’t so loveable, making for a great novel altogether. I couldn’t put Life in a Box down.”

JoDee says, “On the flipside of this euphoria was a one-star review from Speedy Grandma who said, it’s just not my kind of book.”

Ms. Neathery has often been asked if there will be a sequel to Life in a Box to which she responds, “I felt the story had been told and frankly the Smith, Brown, and Camp families are exhausted and need to be put to bed.” She is working on another novel entitled, A Kind of Hush, which is a study of how life is seldom a tidy affair, forcing us to examine if there is a gray area between right and wrong. A family of four is enjoying a summer outing when tragedy strikes. One parent survives along with a thirteen-year-old daughter and a seven-year-old son found hiding in the nearby woods. The heart of the novel centers on how each survivor deals with the circumstances and subsequent revelations…was this a tragic accident or something more heinous, and if so, whodunit, and whydunit.

She offers a piece of advice to anyone thinking of following a dream to remember who you were before the world told you who you should be and to ignore those who might say you are too young or too old to try. Remember Mozart began composing at age five and Grandma Moses began painting at seventy-eight. If your dream includes writing a book, be true, be authentic, and a leave a piece of yourself in the work. “I think I did that.”

JoDee and her husband live in East Texas in close proximity to their only daughter, son-in-law, two grandsons, a birddog, two cats, a donkey, and a few head of cattle.