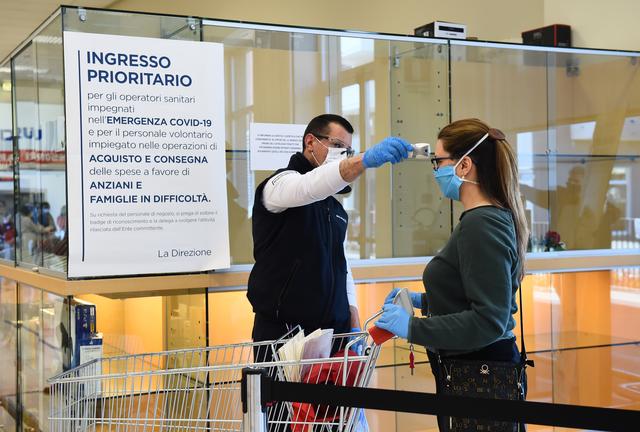 Deaths from the COVID-19 epidemic in Italy rose by 602 on Tuesday, up from 566 the day before, posting a second consecutive daily increase, but new infections slowed to 2,972 from 3,153, seeing the smallest daily tally since March 13.

The total death toll since the outbreak came to light on Feb. 21 rose to 21,067, the Civil Protection Agency said, the second highest in the world after that of the United States.

The number of officially confirmed cases climbed to 162,488, the third highest global tally behind those of the United States and Spain.

The euro zone’s third largest economy is in tatters after more than a month of a nationwide lockdown to try to curb the contagion, with most businesses closed except those considered essential to the country’s supply chain.

The International Monetary Fund forecast on Tuesday that Italian gross domestic product would shrink 9.1% this year.

That compared with a projected 7.5% drop for the euro zone as a whole and would be the steepest contraction of any large European country.

Italy, which has been the euro zone’s most sluggish economy since the start of monetary union, was already teetering on the brink of recession before the coronavirus hit, with GDP falling 0.3% in the last quarter of 2019 from the previous three months.

The Civil Protection Agency said there were 3,186 people in intensive care on Tuesday against 3,260 on Monday — an 11th consecutive daily decline.

Of those originally infected, 37,130 were declared recovered against 35,435 a day earlier.