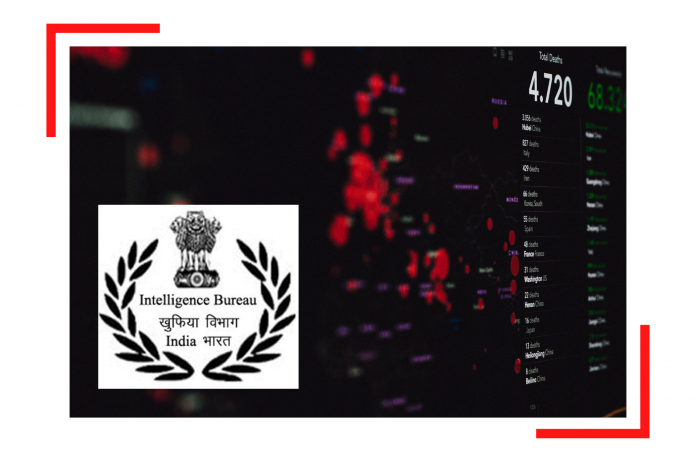 In an unprecedented exercise of tracking down several thousand people in the shortest span of time, the Multi Agency Centre (MAC) of the Intelligence Bureau (IB) saved the day for India by identifying suspected carriers of COVID-19, who gathered at the Nizamuddin Markaz in Delhi last month, and later dispersed to various parts of the country. The IB further tracked those, who were not part of the Jamaat, but had been located near the Markaz during the period when the virus was spreading in the vicinity.

Top sources in the IB revealed to IANS that a huge data was dumped from several mobile towers located in the Nizamuddin area from March 14 to March 22 (2020), to precisely identify the ”human traffic” in the vicinity of the Tablighi Jamaat Markaz, where around 7,000 Jamaatis had gathered for a religious meeting in different dates. The hallmark of this exercise was a quick decision and a much quicker zero error execution of the plan.

“The initial tip off came when trains originating from Nizamuddin station reached Hyderabad, in the second week of March. The local administration discovered that these trains were carrying passengers (mostly Jamaatis) and several amongst them tested positive for COVID-19. The IG, Intelligence Bureau, Vijayawada, communicated these scary developments to the higher ups,” highly placed sources in the government revealed. By March 20, 10 Indonesian Jamaatis, returning from the Markaz were tested positive in Hyderabad.

Meanwhile, the Ministry of Home Affairs(MHA), Delhi Police and the concerned civic authorities in south east Delhi were put on high alert. On ground zero, the authorities found that by March 23, 1500 Jamaatis had left the Markaz, but another 1,000 of them continued to stay in the six-storey building of the Jamaat in the densely populated Nizamuddin Area. Through the official registers, the IB sleuths and the police traced mobile numbers and addresses of around 4,000 members of the Tablighi Jamaat, mostly from the southern states of India, who had attended the meeting at the Markaz from March 13 onwards.

Apprehending the possible spread of the virus in other parts of the country, the epidemic and infectious disease experts of the Union Health Ministry suggested the MHA to identify whole lot of people who visited the crowded the Nizamuddin area in second and third week of March, and put them through a COVID-19 test.

“It was a mammoth surveillance exercise, literally unheard in the department. However, the IB officials with help of cellular operators launched the operation. In a very short time the sleuths had to collate and analyse the huge data and further disseminate it for the end users, across the country,” said a DG level IPS officer.

In a desperate bid to prevent community transmission of COVID-19, the Intelligence agency distributed a district wise list of people, who were spotted in and around Nizamuddin during the religious gathering of Jamaatis at Markaz. By March 30, lists containing thousands of names, mobile numbers and addresses were dispatched over to the police officials of concerned districts.

“Yes, we received a letter revealing phone numbers and addresses of people who had gone to that area in Delhi. We have traced these people and informed the health officials for necessary tests,” Deputy Inspector General of Police (DIG) Jajhar Range, Haryana, Ashok Kumar said, adding, “most of the people, traced in vicinity of Nizamuddin, had gone there for business related work. Still we got them tested.”

Similar letters revealing names of the people whose location was traced to Nizamuddin area were sent to other districts in Haryana, Uttar Pradesh, Uttarakhand, Bihar, West Bengal, Telangana were sent by the MAC, of the Intelligence Bureau.

In Uttar Pradesh and Uttarakhand, police traced several Jamaatis, on basis of data provided to them through SMAC (Subsidiary Multi Agency Centre) of the IB which shares intelligence with the state police. Some of the silent carriers of COVID-19, most of them Jamaatis and their kin, were isolated after they were put through the tests. Scores of Jamaatis who were missing from the radar, were tracked down and quarantined.

“We also received precise information about people who visited the area around the Markaz. We subsequently traced these people and put them through medical tests. The exercise has in fact helped the country to efficiently tackle the menace of this virus which could have otherwise caused a devastating effect,” said Rajesh Kumar Pandey, DIG, Bareilly Range, Uttar Pradesh.