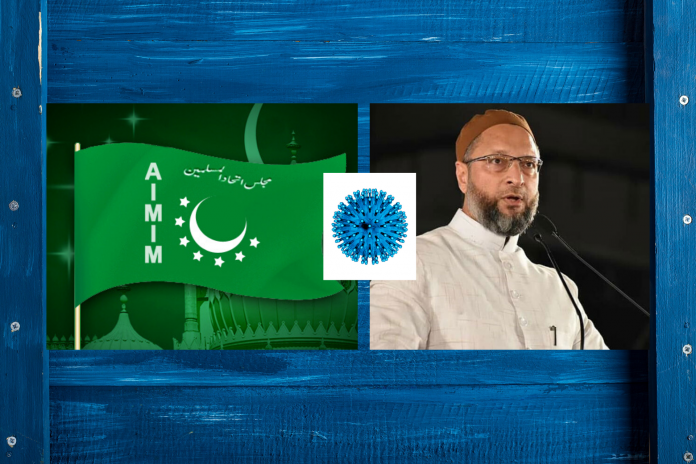 AIMIM chief Asaduddin Owaisi said on Thursday that those who died due to COVID-19 are martyrs. AIMIM (All India Majlis-e-Ittehadul Muslimeen) is an Islamic regional political party based in the Indian state of Telangana.

Owaisi, a Member of Parliament, tweeted that those who die in epidemics get the status of martyrs in Islam and burial of martyrs does not require ‘ghusl’ (bath) or ‘kafan’ (shroud). Owaisi said ‘namaz-e-janazah’ of such martyrs should offered immediately and the burial should be completed in the presence of few people.

The MP’s statement came at a time when the family members of those who died of COVID-19 are undergoing traumatic moments due to strict restrictions in disposal of bodies.

The pandemic has so far claimed nine lives in Telangana. All of them had attended the Tablighi Jamaat congregation in Delhi last month. The bodies of the deceased are not being given ‘ghusl’, nor are they being clothed before burial.

The guidelines issued by the Union Health Ministry allow the presence of only couple of relatives of the deceased. The burial is being conducted under strict supervision of the authorities concerned and as per the standard operating procedure (SOP) laid down by the Centre for disposal of such bodies to prevent possible infection. The SOP does not permit any family member to touch, kiss or hug the dead body.