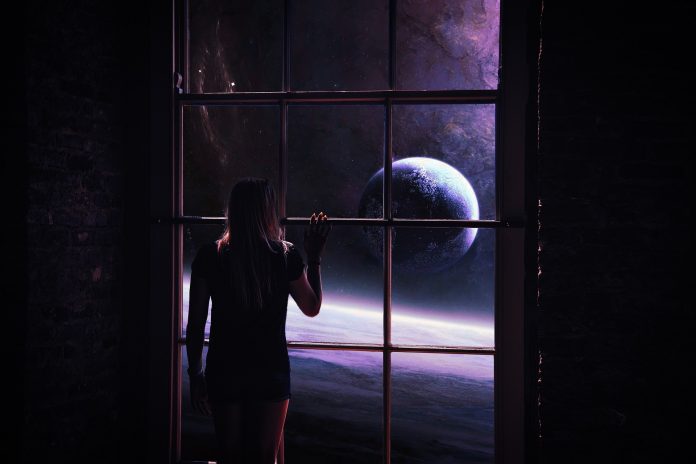 In a lot of people, there is a strongly seated fear that prevents us from taking control of our lives and shaping them to suit us.

It is a fear that keeps us average, keeps us doing all the same things everybody else is doing, simply because it is the familiar thing to do. The fear of the unknown. You apparently know the exact feeling I’m talking about. That flutter in your stomach, that obscure discomfort when you get close to the edge of awareness, that warning in your head that can be so easily misinterpreted as a valid red flag.

There are parts of our minds and natures that have a single purpose: To keep us safe.

These parts are trained throughout our lives to discern between what is okay, and what is dangerous. When you accidentally touched the hot stove burner or iron as a child, that safety center learned from that. When you strayed too far from your parents and they called you back with that tone of worry and fear in their voices, that safety center in your head heard it and learned. Unfortunately, most people’s safety centers have gone a little too far in their learning.

The lesson you probably internalised was “if it is unfamiliar, it could be dangerous. Only trust the things you know.”

The result of this is that when you get too close to the edge of what’s familiar, your brain sends off all the same warning signals and red flags that it would if you absentmindedly got too close to the hot stove. It’s there to protect you, but it also is keeping you fenced into a safe little circle away from opportunity and growth.

What can you do about this?

Some people can cut through this fence, disregard the warning signals, and seek new possibilities. There is a rush associated with this behavior that beats any drug. It’s precisely that feeling of danger that provides the rush. Unfortunately, most of us can’t bring ourselves to fling ourselves headlong through the fence (or at least not very often), so is there an alternative for the rest of us chickens out here who are not happy in the fence, but not impulsive enough to throw caution to the wind?

Yes. We have to make the unfamiliar feel familiar.

That may sound strange, but it is very possible. It takes no money, no special skills, just a few minutes each day. The only thing you need for this simple technique is your imagination.

Sit down somewhere quiet for a few minutes (if you have rambunctious children or a crazy schedule, you might have to do this in bed each evening or even when you have a few minutes to yourself in the bathroom). Close your eyes and think about the thing that has been scaring you. Don’t worry about the fear of even thinking about it. In the privacy of your imagination, you are totally safe. Imagine step by step, doing the activity that has been giving you the flutters. At each step, stop and ask yourself what could go wrong at that point, how likely that really is, and what you can do to avoid the problems. What you are doing is looking around for the monsters outside the fence and seeing if there really is any danger to worry about. Once that is done, you can imagine yourself doing the steps to your goal, visualizing in vivid detail each bit as if you were actually doing it.

The result of this technique is that you can do something over and over again as many times as you need to until it becomes so familiar that there is no fear associated. What you are doing is essentially extending the fence to include wherever you want to go. This is something you can do, again and again, making the fence bigger and bigger to include any place you wish. The greatest advantage is that rather than throwing yourself headlong through the fence and then possibly discovering all those problems and “monsters” that your mind had been warning you were there, once you have already pledged yourself, instead you get to scope out the terrain bit by bit, and by the time you meet an obstacle, you generally saw it coming and already know what to do about it.

There are some people out there who have no fear of the unknown, and who can simply decide logically what they want to do and do it (I know, my mother is one of those people), but for the rest of us, this little technique can take the fear and trepidation out of the unfamiliar.

Give it a go, I’ll think you will like the results.