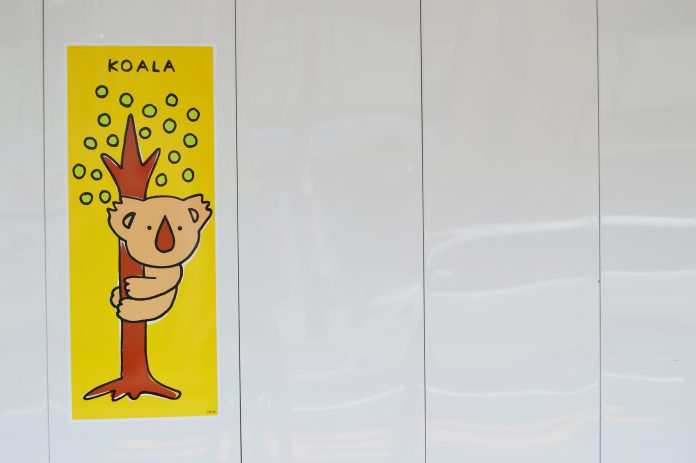 Australian native marsupial, Koala, belongs to the Phascolarctidae Family. Every other species from the Phascolarctidae family is extinct. Koalas live on the trees in the coastal regions of Australia. They primarily eat Eucalyptus leaves but resort to certain others in the time of need. Koalas are peaceful animals, often to the extent that any interaction with humans causes stress to them. They spend most of their time, almost 16 to 18 hours a day, sleeping. This is because their metabolism has an exceptionally low rate, in proportion to the other mammals. The casual observers are often mistaken that these unusually attractive animals are a subspecies of bear due to its appearance.