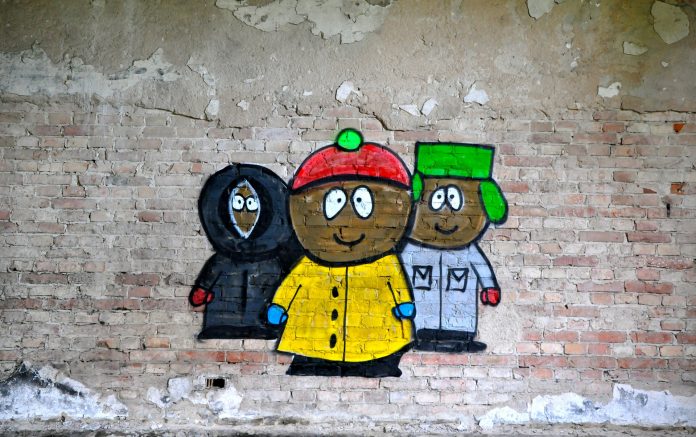 Many people feel there are merely two types of comedy,

The basic idea of being surreal is anything like a psychedelic dream, being bizarre. But it can be weird shaggy dog stories, stories about people entering bars, daft puns or ludicrous situations with stereotyped characters. The definition is always different from different individuals.

Whatever comedy you are doing: musical, spoken, artistic or just literary, bizarre elements play a part. It is difficult to come up with anything humorous without a touch of weirdness.

Talking about vocal comedy, surrealism can involve using stupid words, spoonerisms, mixed up phrases, made up foreign nonsense and odd places. You can talk about odd things happening to political figures or celebrities, or in films.

With prop comedy, it involves things not the size they are normally, finding weird things down the back of the sofa, strange products and items moving without apparent reason, like the old fashioned flea circuses.

In cartoons, people can move through doors and end up somewhere completely different (Hi Doremon). Figures can appear and disappear without a mention. Sometimes this items are cut from magazines or newspaper. A wide variety of colours are usually employed.

A usual comic conceit is having a normal person, usually an exaggerated normal person, having a weird life, for example an accountant having the life of a stuntman. No one apart from the viewer thinks their life is anything but normal. It can be done the other way round, for instance a lion tamer bored with dealing with lions.

A surreal comedy can mix up people from real life and people from fiction, TV and films interacting in various different ways. Of course if you write your own you need to wary on copyrights on recent literary and cartoon figures.

It can also be applied to strange pictures and odd captions. A number of newspapers cartoons can appear strange to many people’s eyes. There are also made up facts, writing in two different literary styles, coming up with last words, first words and many other things.

Musical bizarreness can involve a simple parody of a song or mixing the words of one song and the tune of another.

It could be said there’s probably a surreal type of comedy for everybody.