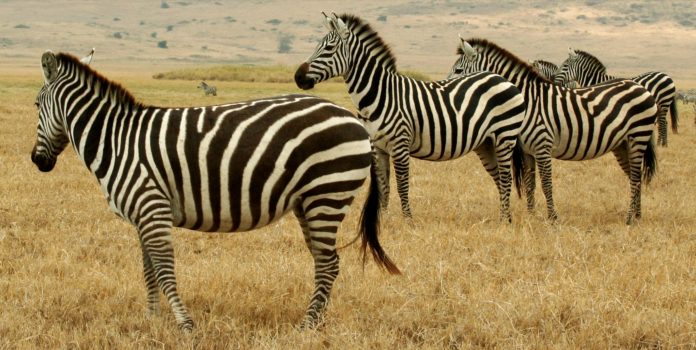 Zebras are numerous species of African equids coupled with their distinctive black-and-white striped coats. Their stripes come in diverse patterns, unique to each individual. They are usually social animals that live in small stables to large herds.

Let’s first see the evolution of Zebra in brief

Zebras evolved among the Old World horses within the last 4 million years. It has been proposed that zebras are paraphyletic and that striped equids evolved more than once. Wide stripes are posited to have been of little use to equids that live in low densities in deserts or ones that live in colder environments with shaggy coats and annual shading (like some horses). However, molecular evidence supports zebras as a monophyletic lineage. The zebra has between 32 and 46 chromosomes, depending on the species.

It was earlier thought that zebras were white animals with black stripes since some zebras have white underbellies. Embryological data, however, shows that the animal’s background color is black and the white stripes and bellies are accessories. It is likely that the stripes are caused by a blend of factors.

The stripes are typically vertical on the head, neck, forequarters, and main body, with horizontal stripes at the rear and on the legs of the animal.

A wide variety of hypotheses have been proposed to account for the evolution of the striking stripes of zebras. The more widespread of these relate to camouflage. A currently leading hypothesis is that the stripes confuse the vision of biting flies.