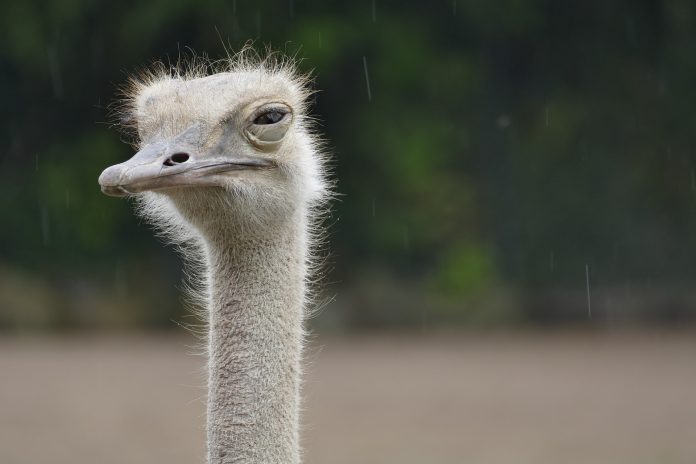 It is a reality that many animals have avoided facing natural disasters by running to higher ground or moving themselves away from the danger long before humans did. In the devastating Indian Ocean tsunami in 2004, it was reported that elephants ran for higher ground, dogs refused to go outside and zoo animals went into their shelters and refused to come out.

Some of these are folklore and not proven. But many of them I have observed and seem to be true.

When a storm is approaching it is believed that birds fly lower in the sky. This may be true because as the pressure in the air drops it becomes more difficult to fly at higher altitudes. It is also been said that it hurts their ears to fly high during low pressure.

They get really quiet before it rains. If you live near the coast the sea gulls tend to stop flying.

Insects swarm and seem more annoyed during low pressure which usually predicts rain or a storm. Insects and mosquitoes will bite more before a storm. Maybe it is because of the fact that it gets cooler before a storm causing them to be more active. Bees and butterflies will disappear from flower beds. Bees will stay closer to their hives. Ants get very busy moving their eggs from place to place, usually to higher ground. Ants will also sometimes build up their mounds for extra protection or to cover the mounds holes. Spiders will stay in the middle of their web if the weather is good, but will move to a more stable object if the weather is going to get bad. Cicadas can’t vibrate their wings as easily when humidity is really high. High humidity can mean rain so when the cicadas get quiet it could mean rain.

According to legend when cows sense bad weather they become restless and antsy and will swat flies with their tails. I have also heard all of my life that when cows sense bad weather they will lay down in order to save a dry spot in the grass. The Old Farmer’s Almanac says that when the bull leads the cow, instead of the cow leading the bull to the pasture that is a prediction of rain. “When sheep gather in a huddle, tomorrow will have a puddle” – this seems to be true because animals do crowd together to shield each other during bad weather.

Frogs croaks are even longer and louder when bad weather is on the way. There are plenty of theories about animals and weather and it seems that in certain instances they really can predict the weather.

What do you think? How many of these have you observed? Any others ways that you know of or have heard of that animals predict the weather?