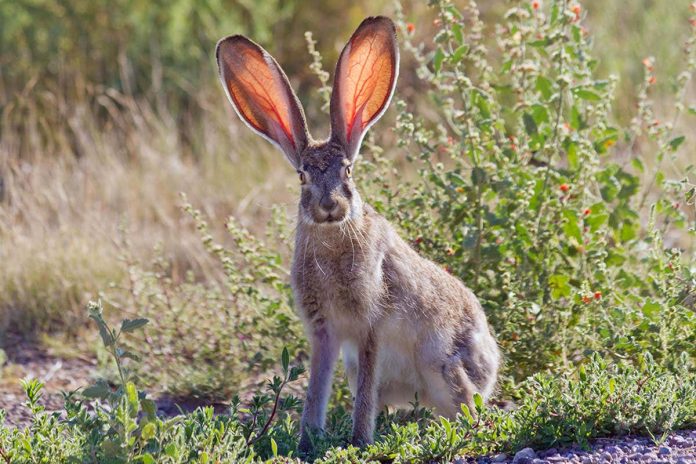 Rabbits belong to the family of mammals called Lagomorpha, which includes around 35 species of rabbits, hares and Pikas. Fossil records proves that Lagomorpha evolved in Asia at least 38 million years ago, during the Eocene period. The break-up of continents during this period may be responsible for the wide distribution of differing species of rabbits and hares around the world, with the exception of mighty Australia. There are currently more than 60 recognised breeds of rabbit in Europe and America, all of them descended from the European rabbi, the only species of rabbit to have been widely domesticated.

Easter just got over, but thankfully the curiosity didn’t. If Easter was celebrated 30 million years ago, the chocolate bunny in your basket would likely be either times larger. Such was the body plan of Nuralagus rex, an ancient rabbit that roamed what is now the Spanish island of Minorca.

Because the rabbit’s epiglottis is engaged over the soft palate except when swallowing, the rabbit is an obligate nasal breather. Rabbits have two sets of incisor teeth, one behind the other. This way they can be distinguished from rodents, with which they are often confused. Recent DNA analysis and the discovery of a common ancestor has supported the view that they do share a common lineage, and thus rabbits and rodents are now often referred to together as members of the superorder Glires.

If the rabbit and hare lineage is so ancient, and once included very big and very small creatures, then why are these hopping wonders today all the same size? After all, the rodent group—which is closely related to the order that includes rabbits, has been evolving for just as long, and is just as widespread worldwide. It encompasses tonnes of species from the tiny chipmunk to beavers and capybaras. perpetrator for the destructive influence on rabbit diversity: Ungulates, or hoofed mammals.

Evolution research suggests that, at the beginning of that time period, big rabbits lived alongside big and small-hoofed mammals, but after a major climate shift 23 million years ago, lagomorphs started to get smaller, on average, and ungulates started to get bigger. As the hoppers and the hoofers were brought into closer competition, Miller and Tomiya theorize, lagomorphs couldn’t pay the metabolic price to maintain gigantic bodies. So, it’s the climate shift 23 million years ago that reduced the size of, once gigantic, rabbit.

The middle eastern and European wild rabbit which we see today evolved around 3,500 years ago on the Iberian Peninsula, the name ‘Hispania’ (Spain) is translated from the name given to that area by  hoenician merchants, meaning ‘land of the rabbits’. When the Romans conquered the Spain around 200BC, they began to farm the native rabbits for their meat and fur. The Romans called this practice ‘cuniculture’ and kept the rabbits in fenced enclosures. Inevitably, the rabbits tried to escape and it is perhaps no surprise that the latin name ‘Oryctolagus cuniculus’ means ‘hare-like digger of underground tunnels’. The spread of the Roman empire, along with increasing trade between countries, helped to introduce the European rabbit into many more parts of Europe and West Asia. With their rapid reproduction rate, and the increasing cultivation of land providing ideal habitat, rabbits soon established large populations around the world. The European rabbit continued to be introduced to new countries as they were explored, or invaded (colonised as the west calls it) by European adventurers and pioneers. Wild rabbits thrived in many new locations, and populations grew rapidly in countries with suitable habitat and few natural predators. The European rabbit became widespread in North America and Australia, for example, where the wild rabbit has become a troublesome pest to farmers and conservationists.

What will evolution do to these Easter puppies in centuries to come?

The evolutionary future of rabbits will likely be as heavily influenced by humans as by nature. Rabbits came a bit later to the domestication game than cattle, sheep, and dogs—mostly likely beginning around the seventh century AD in the then French monasteries. Because so little time has elapsed since domestication, the rabbit is an ideal test subject to look at the changes wrought by domestication. In 2014, researchers compared genes from different kinds of domesticated rabbit to a wild rabbit species. They found that domestication couldn’t be pinned down to any one particular gene, but they did see that one of the greatest area of differences between the wild and the domesticated rabbit was in the brain. That’s what domestication does to animals, right? Changes the way of thinking. So, we can only speculate what’s in store for the rabbits in future, and I just hope they survive the cruel human era and thrive till the end of the life on earth as we know it.