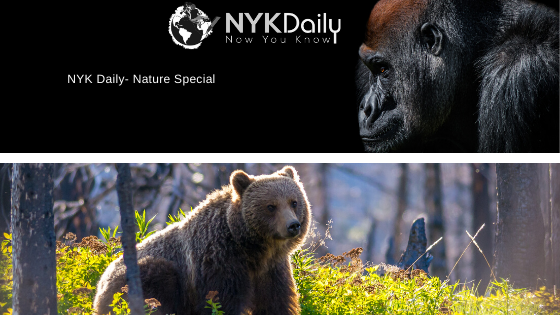 This is the part 5 of fight in the wild series. The first part involved a fighting Cheetah Vs African Lion whereas in the second part, we Spotted Hyena wrestled Grey Wolf. The third part was king of a stalemate between Hippopotamus and Bull Shark. The fourth part was a decisive Eagle victory against the larger Vulture.

The Fight: Warm Vs the Cold

Let’s first start with the aggression. As per the recent discoveries from the wild, grizzly bears are very, very aggressive. They’re known for their incredible short temper. However, the Gorilla is not far behind. Don’t mess with either of these animals. If, in the fight, we see both of these animals in their full strength trying to take each other down, Grizzly bears will win the battle in a very close fight.

When it comes to sheer strength, bear will win again because of its sheer strength and ability to tear down the opponent. However, gorilla will not go down without a fight. It will be a close battle with both these mighty wonders of the wild seriously injuring each other but in the end, the Grizzly Bear will prevail. Maybe, just maybe we could see a stalemate followed by a bear hug. Gorillas cannot be underestimated but I am leaning towards a Bear victory here.