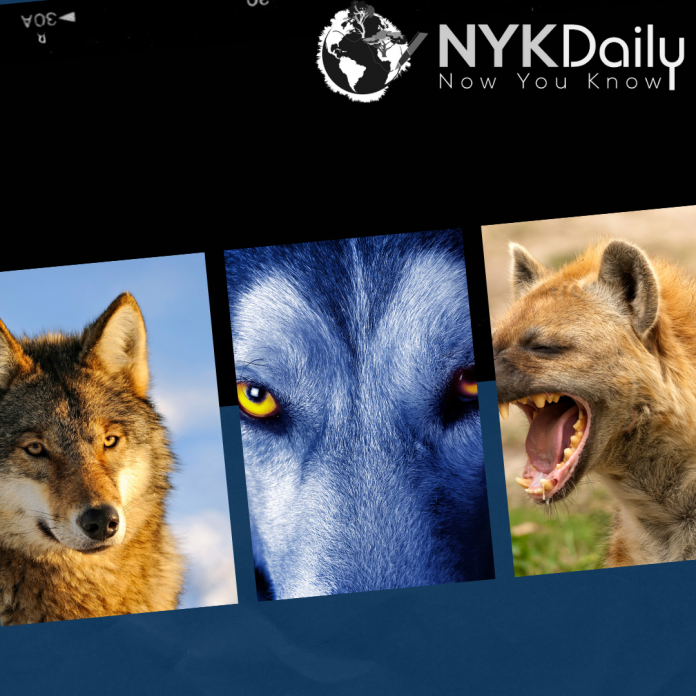 This is the second part of the ‘Fight in the Wild’ Series. To read the first one, you can visit here.

Hyenas or hyaenas are feliform carnivoran mammals. With only four extant species (in three genera), it is the fifth-smallest biological family in the Carnivora, and one of the smallest in the class Mammalia. Despite their low diversity, hyenas are unique and vital components of most African ecosystems.

Although phylogenetically they are closer to felines and viverrids, and belong to the feliform category, hyenas are behaviourally and morphologically similar to canines in several elements of convergent evolution; both hyenas and canines are non-arboreal, cursorial hunters that catch prey with their teeth rather than claws. Both eat food quickly and may store it, and their calloused feet with large, blunt, nonretractable claws are adapted for running and making sharp turns. However, the hyenas’ grooming, scent marking, defecating habits, mating and parental behaviour are consistent with the behaviour of other feliforms

Spotted hyenas may kill as many as 95% of the animals they eat, while striped hyenas are largely scavengers. Generally, hyenas are known to drive off larger predators, like lions, from their kills, despite having a reputation in popular culture for being cowardly. Hyenas are primarily nocturnal animals, but sometimes venture from their lairs in the early-morning hours. With the exception of the highly social spotted hyena, hyenas are generally not gregarious animals, though they may live in family groups and congregate at kills.

The wolf, also known as the gray wolf or grey wolf, is a large canine native to Eurasia and North America. It is the largest extant member of Canidae. The wolf is distinguished from other Canis species by its less pointed ears and muzzle, as well as a shorter torso and a longer tail. The wolf is nonetheless related closely enough to smaller Canis species, such as the coyote and the golden jackal, to produce fertile hybrids with them. The banded fur of a wolf is usually mottled white, brown, gray, and black. Up to 38 subspecies of wolves have been recognised including the domestic dog.

Of all members of the genus Canis, the wolf is most specialised for cooperative game hunting as demonstrated by its physical adaptations to tackling large prey, its more social nature, and it’s highly advanced expressive behaviour. It travels in nuclear families consisting of a mated pair accompanied by their offspring. Offspring may leave to form their packs on the onset of sexual maturity and in response to competition for food within the pack. Wolves are also territorial and fights over territory are among the principal causes of wolf mortality. The wolf is mainly a carnivore and feeds primarily on large wild hooved mammals, though it also eats smaller animals, livestock, carrion, and garbage.

Who would be the winner if Grey wolf fights Spotted hyena?