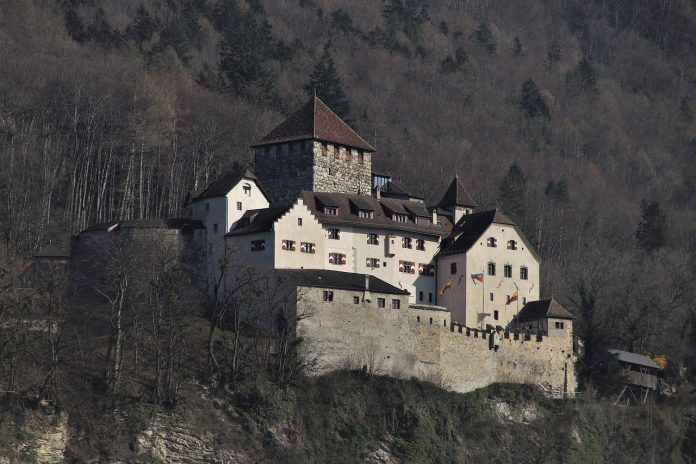 Liechtenstein has a vibrant history of tradition, art, and music. It was controlled by both the French and the Russians during the Napoleonic War and was granted its constitution in 1818 by Johann I.

Liechtenstein has something for everybody. It is a country that is packed with beautiful castles, large museums, exquisite and luxurious palaces, heritage sites, natural spots, and magnificent churches. Some of its major cities are Schaan, Vaduz, Balzers, Ruggell, Triesen, Mauren, etc.

Here are some of the best tourist attractions in this small nation.

One of the most charming capitals in Europe – and certainly the smallest – Vaduz is home to the Liechtenstein Center, a tourist knowledge center offering everything the traveler needs to get the most out of their visit. Popular things to do in Vaduz include shopping and dining, as well as exploring the city’s historic Städtle, or “small town,” with its many attractions. One of the most toured attractions here is the country’s parliament (“Landtag”) building near the banks of the River Rhine in Peter-Kaiser-Platz (guided tours are available). Also worth observing is the Rathausplatz, home to the historic Town Hall (Rathaus), and the Neo-Gothic parish church (Pfarrkirche) built-in 1873, also known as the Cathedral of St. Florin. Although it’s not open to the public, you’ll want to get some photos of the impressive 12th-century Vaduz Castle (Schloss Vaduz), also known as The Princely House of Liechtenstein, which is home to the country’s monarch.

The Treasure Chamber of the Principality of Liechtenstein

With its focus on the country’s rich royal heritage, The Treasure Chamber of the Principality of Liechtenstein is a must-see spectacle in Vaduz. Consisting of artworks and other riches from the Princely Family’s 400-year-old private collection, the items on exhibit have been supplemented by donations from notable private collectors such as Adulf Goop, whose collection of rare bejeweled Easter eggs includes work by the famous Karl Fabergé. Other highlights include an assemblage of superb artworks, including the “Rhine Journey” series by Johann Ludwig Bleuler, a large collection of historic weaponry, along with many other artifacts with connections to European royalty through the centuries. There’s even an impressive collection of moon rocks, given to the country in recognition of the role of its production base in NASA’s spacecraft.

The small towns of Nendeln and Eschen are the principal communities of the lowland area of Liechtenstein and are well worth a visit. Nendeln is notable for its old grounds from a Roman villa, as well as the Schädler Pottery, established in 1836 and the oldest craft workshop in the country. Famous for its stoneware crockery and mythical tiled stoves, this art-related attraction offers guided tours of the workshop, glazing area, and kiln room. Of interest in Eschen are the Pfrundhaus, a 14th-century building used to display local art, and the engaging Holy Cross Chapel. Eschen is also the starting place of an easy one-and-a-half-hour hike offering superb views of the surrounding area.

Recognized as Liechtenstein’s only winter resort, the small town of Malbun, once only occupied in summer, is now a draw for winter sports enthusiasts. Perched on an Alpine ridge near the Saminatal Valley, Malbun boasts perfect snow conditions that led to the establishment of the first ski lifts and slopes in the 1960s. Today, its many refined trails and après ski activities enjoy one of the most extended seasons in the Alps. All told, more than 23 kilometers of pistes are maintained, offering suitable terrain for skiers of all abilities, served by three lifts capable of hauling skiers to heights of 2,000 meters. For kids, Malbi Park Kinderland offers beginners lessons and programs, and the area also boasts a large network of Nordic ski trails. The resort is quite popular in the spring and summer months, too, when its slopes instead become magnets for hikers, climbers, and mountain bikers.

To discover and enjoy various sights in Liechtenstein one can travel through various modes of transportation. Liechtenstein, being a small country, does not have airports. It is however well connected with major towns and cities through rail and road networks. Buses remain the most economical means of traveling around in Liechtenstein.

Certain to delight international palettes, the mouth-watering delicacies of the cuisine of Liechtenstein bear Swiss and Austrian influence. Some of the favorite dishes of Liechtenstein are Kasknopfle (made of cheese and topped with onions), Hafalab, Rebel Grain (made of rebel corn and semolina), and Torkarebi, made from porridge.

Several shopping destinations featuring boutiques, malls, and shops can be observed in all parts of the country. One can buy handmade ceramics, souvenirs, pottery, etc at destinations like Vaduz, Balzers, Eschen, Triesen, Schaan in Liechtenstein.

Liechtenstein has a vibrant and sizzling nightlife which is showcased through its various nightspots in all major cities. One can make use of the numerous opportunities that Liechtenstein nightlife to fully unwind oneself. Many bars and restaurants feature traditional performances and live music that makes dining and winning even more pleasurable.