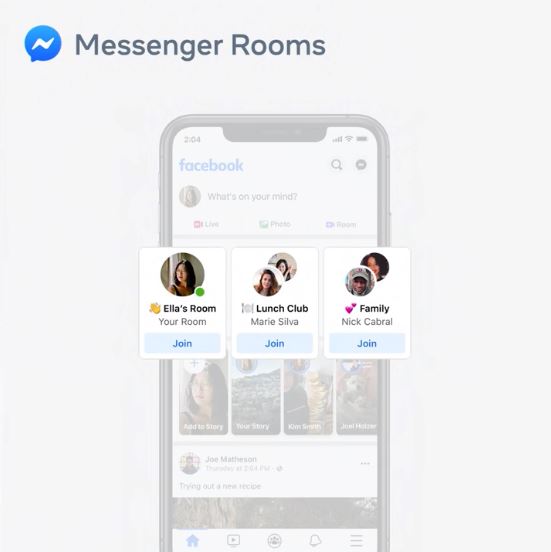 (IANS) Alarmed at the popularity of Zoom in social distancing times that allows up to 100 people to join a video meeting from the comfort of their homes, Facebook on Friday announced Messenger Rooms that will allow group video calls of up to 50 people.

When a room is created, anyone can join via their browser, though hosts can opt to “lock” rooms to new guests to prevent party crashers.

“The ability to feel like you are directly connected with someone live over video” is essential to maintaining that togetherness, Zuckerberg later said during a broadcast on Facebook Live.

Messenger Rooms will have Zoome like “immersive 360-degree backgrounds that transport you to beautiful and iconic spaces, from the beach to a luxe apartment on the water.”

It will have “14 new camera filters that offer ambient lighting to brighten your space and your face.”

Messenger Rooms will be in the coming weeks in the US.

According to the company, over 700 million people are making calls on Messenger and WhatsApp daily.

Stan Chudnovsky, vice president of Messenger, told USA Today that the group video chat feature was already in the works before the coronavirus and Facebook speeded up its development.

Marred by privacy and security issues, Zoom has surpassed 300 million daily users globally, a 50 per cent increase over the 200 million users it had last month and significantly more than the 10 million members it had at the end of 2019.

The video meeting platform has seen a spike in users since the COVID-19 pandemic as millions have been forced to work from home.