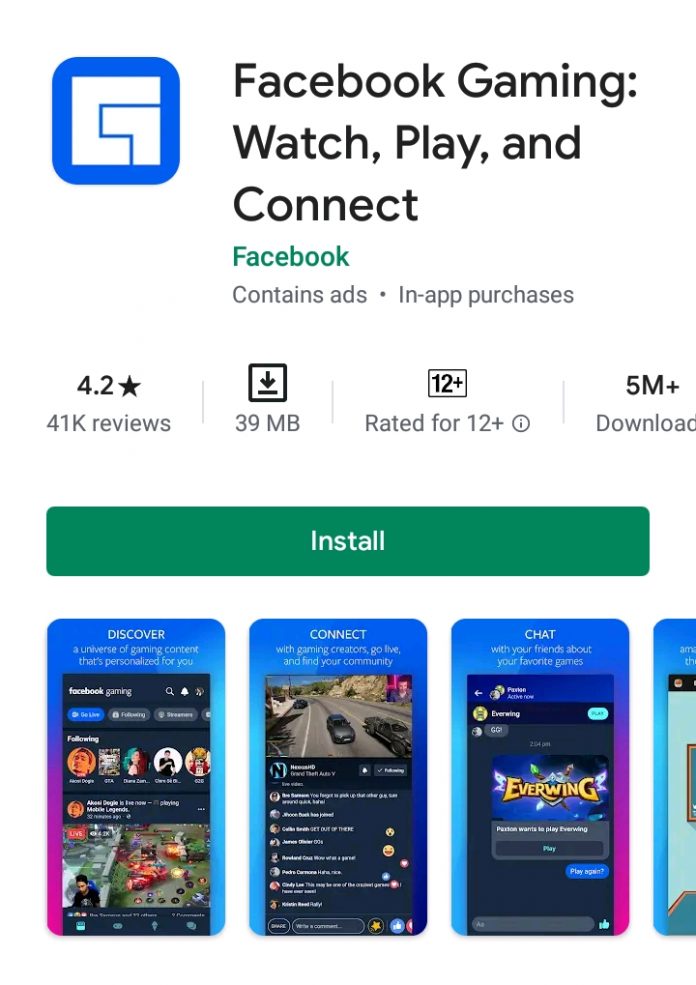 (IANS) In a bid to take on Twitch and YouTube, Facebook on Monday launched its own gaming app on Google Play Store for Android and there were over 50 lakh downloads in no time.

Faceboom Gaming app is free and will allow millions of users watch and stream live games from their smartphones.

An iOS version will be released soon, if Apple which is currently promoting its own Cloud-based gaming service Arcade, gives its approval.

The app introduces a new Go Live feature, which will let users upload streams of other mobile games on the same device by pressing just a few buttons”

“Investing in gaming in general has become a priority for us because we see gaming as a form of entertainment that really connects people. It”s entertainment that”s not just a form of passive consumption but entertainment that is interactive and brings people together,” Fidji Simo, Head of the Facebook Gaming app, was quoted as saying in an earlier New York Times report.

There will not be any ads in the beginning on the Facebook Gaming app.

The company has been testing versions of the app in Latin America and Southeast Asia for the past 18 months.

You can use the platform to play some casual games with your friends. Chat functionality is also built in the app.

In the first quarter of 2020, Facbooke”s game streaming platform received almost 554 million hours of viewing time, compared to 1.1 billion for YouTube and 3.1 billion for Twitch, according to the latest data from live-streaming software service Streamlabs.