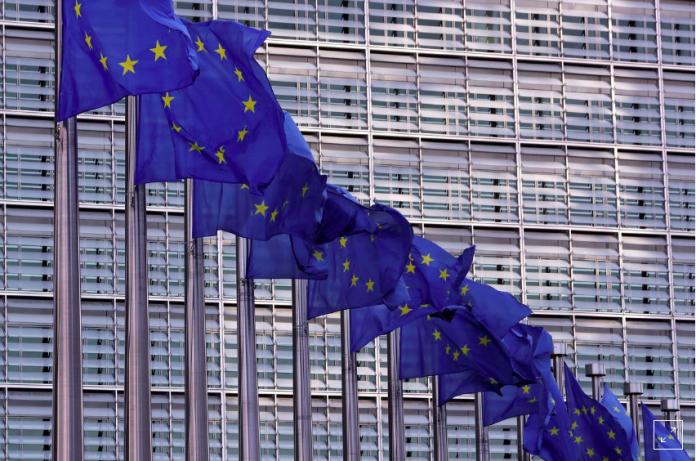 Banks should rein in bonuses to boost their capacity to help businesses and households hit by the coronavirus crisis, the European Union’s executive said on Tuesday.

The European Commission set out a fresh package of temporary “quick fixes” offering capital relief that would support extra lending potentially worth up to 450 billion euros ($490 billion)to companies struggling as a deep recession looms.

“During the last crisis we had to prop up banks, this time we are helping banks to prop up households and companies,” the EU’s financial services chief Valdis Dombrovskis told a news conference.

The easing of capital and accounting rules will be temporary, and the package needs to be approved by EU states and the European Parliament by June at the latest to have the full effect, he said.

The EU executive backed statements from regulators that banks should refrain from paying dividends or making share buybacks at a time they are getting capital relief.

“For the banks, moderating the amount of bonuses paid out to senior management and high earners in these challenging times is also a way to express solidarity with those affected by the outbreak of COVID-19,” the Commission said.

Banks like UniCredit and Deutsche Bank have begun reporting rising provisions for bad loans as a deep recession beckons after national lockdowns to fight the pandemic.

Tuesday’s package offers flexibility in how provisions are calculated and to delay their eventual hit to a bank’s capital buffer to avoid lending turning into a trickle in the face of mounting bad loans caused by the pandemic.

Delays to repayments should not automatically lead to a harsher accounting treatment of the respective loans, the Commission said.

An EU official estimated that euro zone banks could face an extra 100 billion euros in provisioning for loans in 2020, but the capital relief set out on Tuesday means they will still be able to support extra lending worth up to 450 billion euros.

The European Commission also proposed giving banks more leeway in how they calculate a capital measure known as the leverage ratio, brought forward easier capital treatment of lending to small companies, and accelerated a rule that allows banks not to deduct the value of software from capital.

“These adjustments to the prudential framework would facilitate collective efforts aimed at mitigating the impact of the pandemic and thus moving towards a fast recovery,” the Commission said.

In previous measures, EU regulators said banks could draw on some of their capital buffers to keep credit flowing to the economy, though some of the initiatives announced on Tuesday fall short of similar proposals made by U.S. regulators.