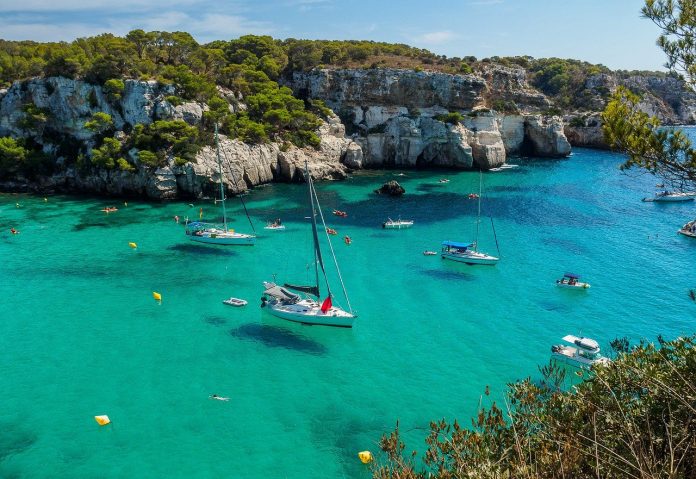 Be Eco-friendly after lockdown even on holidays!

Minorca, which implies minor Islands, has been occupied since prehistoric times, with the most prehistoric cultures on the island inspired by a range of different Mediterranean cultures, including the Minoans of ancient Crete. Minorca later fell under Roman rule, and in 534AD was part of the mighty Byzantine Empire. The island later came under Moorish rule, with many of the areas today bearing Arabic names. During the Spanish Civil-War, Minorca was faithful to the Spanish Republican government, and as a penalty for that, development of the island was blocked by the nationalists, which is one of the reasons the island remains so unspoiled and rural even to this day.

In 1993, UNESCO declared Minorca a biosphere reserve so the island’s environmental areas and several archaeological sites can be protected and safeguarded for the future. The geography of Minorca is very varied, with green rolling hills and countryside and rugged coast in the north of the island. The south of the island is flatter, drier landscape with sandy beaches and more peaceful coastline.

The entire coastline of this fascinating island is 261 kilometers, with deserted beaches, picturesque coves and breathtaking valleys giving the visitor a unique and enjoyable sense of exploration, especially when traveling on foot or by canoe.

It is one of the few spots in the entire Mediterranean where it is likely to go there in the summer and find a beach that you can have all for yourself.

The beach of Pregonda is a prime example of Minorca’s enviable choice of beaches, with unspoiled tranquility made up of red gold sand and pink rocks, with dunes and green fields on one side and the glistening turquoise sea on the other. You may need to get your walking shoes on and equip for a decent hike to get there from the road, but it’s worth it.
Once you get there, snorkeling and swimming are one of the best options, with tiny islands surrounding the sand and creating a mill pool effect.

Like much of the island, this area of the Minorca coast is also a protected nature reserve.

One of the other advantages of exploring this untouched beauty is the range of sports activities that are available which have very little impact on the environment. What you will experience is the lack of noise pollution from activities such as canoeing and windsurfing and the enjoyment they bring over the noisy, polluting intrusions of jet skis and powerboats.

Villas in Minorca are an ideal home to explore the island. With environmentally sustainable facilities and amenities, and with local tourism businesses regularly taking an ecologically balanced approach, staying in Minorca can tick all the boxes for the committed eco-tourist. The rural yet colorful way of life, and the way the Minorca people respect and communicate with their local environment, all makes for the ideal holiday for all the family. Minorca villas mimic this concern for the environment, providing guests with an excuse to reduce their impact on their local surroundings while experiencing them to the fullest. Exploring Minorca is easy, with regular flights to and from the UK.