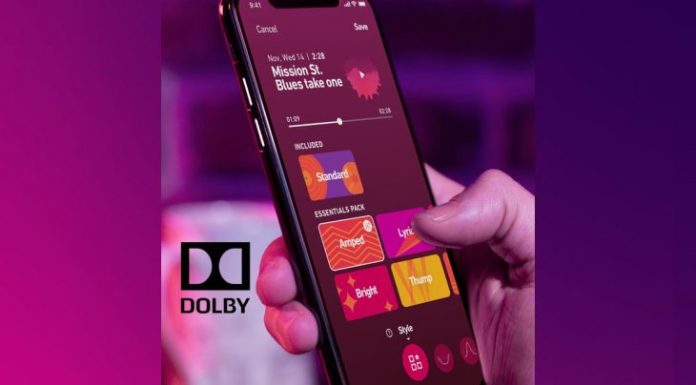 (IANS) Dolby On which is music video recording and streaming app on Friday launched its Android versions in India for free.

The app, which is already available on iOS, is designed to easily record and live stream audio and video with superior Dolby sound quality by using only phone.

According to the company, the Dolby On listens to the sound coming in and automatically applies audio effects like compression, EQ, limiting, noise reduction, stereo widening and more.

A user can further edit the sound sound “styles” like photo filters in Instagram, these allow users to apply sonic profiles to their recording.

The app aims to enable creators to record and livestream, both audio and video, with exceptional Dolby sound from the comforts of their home, without having to go to a studio, the company addes.

The iOS app also has an in-built live streaming feature for sharing out content to Twitch or Facebook.