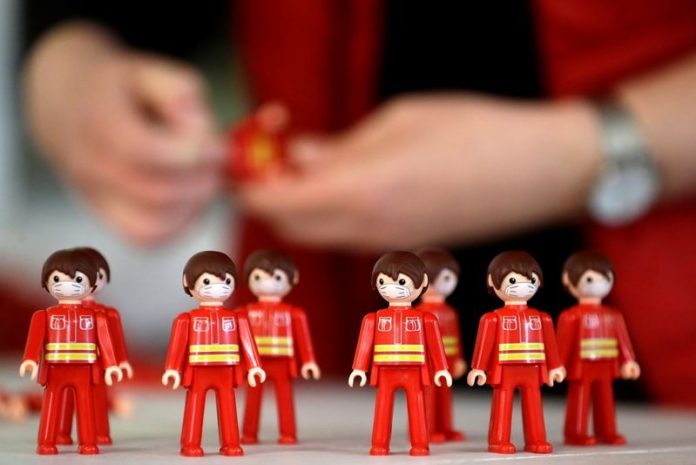 A popular line of toy figures in the Czech Republic have begun wearing face masks along with the rest of the country to raise funds to buy equipment for medical staff fighting the novel coronavirus.

Toymaker Efko began equipping its small plastic Igracek figurines – which are similar to Lego or Playmobil – with masks in March.

It is donating part of its sales from the toys marked “help with Igracek” to purchase protective equipment for doctors and nurses in the central Vysocina region where the company is based.

“We thought if everyone else has to wear a mask, then so should Igracek,” said Efko CEO Miroslav Kotik, adding that 15 Czech crowns ($0.60) of the retail price of the figurines would be donated to the effort.

The company announced on Facebook on April 9 that sales of the special-edition figurines had generated more than 215,000 crowns ($8,750) in funding for protective equipment.

As of Tuesday, the Czech Republic has recorded 6,059 cases of the new coronavirus and 143 deaths. The largely rural Vysocina region has recorded 163 cases, the second-lowest of any part of the country, according to the Czech health ministry.

The Czech Republic made it mandatory for its more than 10 million residents to cover their noses and mouths to reduce the spread of the disease in mid-March, but has signalled it may start to relax tight restrictions that have hit the economy hard.