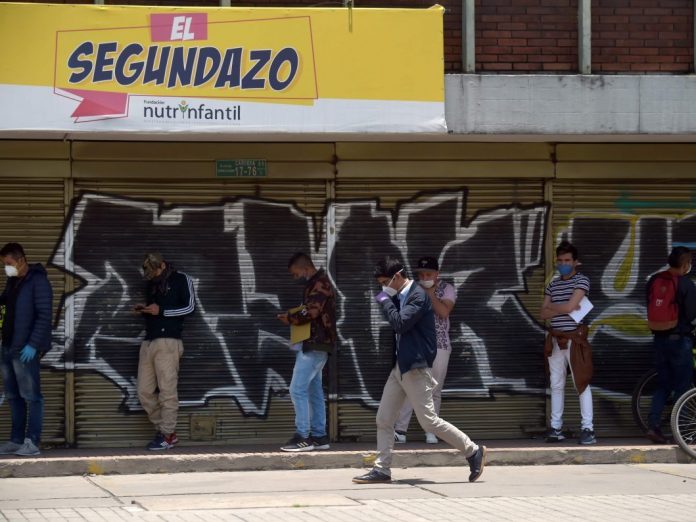 Colombians are under obligatory nationwide quarantine until April 27. More than 2,800 people have been confirmed infected with the coronavirus so far and over 100 in Colombia have died of the COVID-19 disease caused by the virus.

The government declared a state of emergency in mid-March, which allows mayors, governors and other officials to directly procure necessary products.

“We have seen various cases of alleged overcharging in contracts for food, gurneys and biomedical equipment,” comptroller Carlos Felipe Cordoba said in a phone interview.

Corruption is a hot button political issue in Colombia. Graft costs the country an estimated $12.9 billion a year – just over 4% of its gross domestic product – according to the General Comptroller’s office.

Cordoba’s office has detected nearly $20.6 million in apparent overcharges in some 8,100 contracts signed by mayors and governors’ offices, he said. The overruns account for 10% of the contracts’ overall value.

In eastern Arauca province on the border with Venezuela, cans of tuna meant to be given to people from vulnerable populations were purchased for about $5 each. They usually cost about $1.50.

Antibacterial soap was sold in one contract at $8.50 – nearly five times its normal price – while gurneys were priced at nearly double their regular cost – some $2,840 – Cordoba said.

“The alarms have gone off and some officials have backpedaled on the contracts. There are people taking advantage and everyone thinks they can just bring (coronavirus) tests over from China or ventilators or medical equipment,” Cordoba said.

“We must be careful.”

Some mayors and governors are using grocery distribution to poor populations for political ends, procurator general Fernando Carrillo has said.

“We won’t let the unscrupulous corrupt turn the hunger of the most vulnerable Colombians into a banquet,” Carrillo said on Twitter last week. “It is unconscionable and inhumane for the corrupt to take advantage of the crisis.”

Both the comptroller and the procurator general have recommended the government of President Ivan Duque centralize purchases and tenders to avoid corruption and price gouging.

Colombia was ranked 96 on Transparency International’s country rating last year, out of 180 nations.