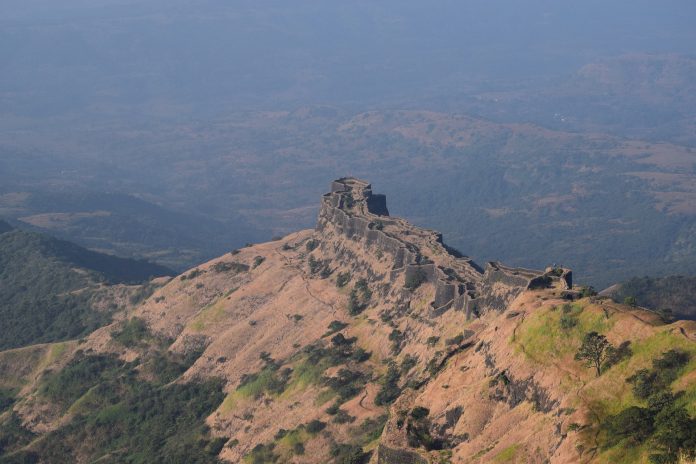 The name Maharashtra is believed to be originated from rathi, which means Chariot pilot. The name, Maharashtra first appeared in a 7th century in the account of a contemporary Chinese traveler, Huan Tsang. According to the recorded History, the first Hindu King ruled the state during 6th century, based in Badami although the history of Maharashtra is dated at-least 5000 years ago.

Jorwe culture was an Ancient Hindu culture which existed in large areas of what is now Maharashtra state in Western India, and also reached north into the Malwa region of Madhya Pradesh. It is named after the type site of Jorwe. The early phase of the culture is dated to c. 1400-1000 BCE, while the late phase is dated to c. 1000-700 BCE.

Over 224 settlements of the Jorwe culture have been found, fluctuating from numerous large and medium-sized farming villages, to quite a few small villages, as well as seasonal camp-sites used by farmers. It likely reflects an ancient Vedic level of social organisation. The largest settlement was Daimabad, which had a mud fortification during this period, as well as an elliptical temple with fire pits. A few settlements proves mystical planning in the layout of rectangular houses and streets or lanes. Most dwellings were small, single-room dwellings, but the chiefs lived in large houses with multiple rooms, and had granaries to store grain.

The pottery, which was invented in Maharashtra, was red and orange, and painted with geometric patterns in black. Agriculture was largely the same as the earlier Malwa culture, including wheat, barley, and legumes, but with the addition of new kinds of millet. The people traded with Karnataka for gold and ivory, and with coastal India (Gujarat and Konkan) for fish, conch shell, and haematit

The Chalukya and Rashtrakuta

From the 6th century CE to the 8th century, the Chalukya dynasty governed Maharashtra. Two prominent rulers were Pulakeshin II, who defeated the north Indian Emperor Harsha, and Vikramaditya II, who defeated Islamic Arab invaders in the 8th century. The Rashtrakuta Dynasty ruled Maharashtra from the 8th to the 10th century. The Arab traveler Sulaiman called the ruler of the Rashtrakuta Dynasty ,Amoghavarsha “one of the 4 great kings of the world”. The Chalukya dynasty and Rashtrakuta Dynasty had their capitals in modern-day Karnataka and used Kannada and Sanskrit as court languages.

From the early 11th century to the 12th century the Deccan Plateau, including a large part of Maharashtra, was dominated by the Western Chalukya Empire and the Chola dynasty. Several battles over the Deccan Plateau were fought between these empires during the reigns of Raja Raja Chola I, Rajendra Chola I, Jayasimha II, Someshvara I and Vikramaditya VI.

The Yadavas of Devagiri dynasty at its peak ruled a kingdom stretching from the Tungabhadra to the Narmada rivers, including present-day Maharashtra, Northern Karnataka and Madhya Pradesh. They had Devagiri as their capital (present-day Daulatabad in modern Maharashtra). The Yadavas initially ruled as feudatories of the Western Chalukyas.

The founder of the Suena dynasty was Dridhaprahara, the son of Subahu. It is unclear where his capital was located; some argue that his capital was Shrinagara, while an early inscription suggests that Chandradityapura (modern Chandwad in the Nasik district) was the capital. The name Seuna comes from Dridhaprahara’s son, Seunachandra, who originally ruled a region called Seunadesha (present-day Khandesh). Bhillama II, a later ruler in the dynasty, assisted Tailapa II in his war with the Paramara king Munja. Seunachandra II helped Vikramaditya VI in gaining his throne.

In the early 14th century, the Yadava dynasty, which ruled most of present-day Maharashtra, was overthrown by the invading Delhi Sultanate tyrant Ala-ud-din Khalji. Later, Muhammad bin Tughluq conquered parts of the Deccan, and temporarily shifted his capital from Delhi to Daulatabad in Maharashtra. After the collapse of the Tughluqs in 1347, the breakaway Bahmani Sultanate governed the region for the next 150 years from Gulbarga and later from Bidar.

The early period of Islamic rule saw atrocities such as imposition of Jiziya tax on non-Muslims, temple destruction and forcible conversions. Eventually these incidents largely ceased. For most of this period Brahmins were in charge of accounts, whereas revenue collection was in the hands of Marathas who had watans (hereditary rights) of patilki (revenue collection at village level) and deshmukhi ( revenue collection over a larger area). Since most of the population was Hindu and spoke Marathi, even sultans such as Ibrahim Adil Shah I adopted Marathi as the court language, for administration.

The mighty Maratha Empire dominated the political scene in India from the middle of the 17th century to the early 19th century.

In 1947, after a wave of Indian Nationalism, India forced the British to flee the subcontinent. India was now a free nation, and the rest…is history