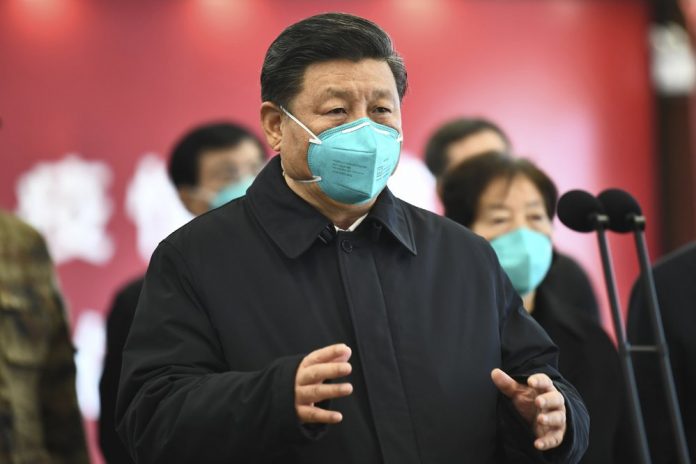 In the six days after top Chinese officials secretly determined they likely were facing a pandemic from a new coronavirus, the city of Wuhan at the epicenter of the disease hosted a mass banquet for tens of thousands of people; millions began traveling through for Lunar New Year celebrations.

President Xi Jinping warned the public on the seventh day, Jan. 20. But by that time, more than 3,000 people had been infected during almost a week of public silence, according to internal documents obtained by The Associated Press and expert estimates based on retrospective infection data.

That delay from Jan. 14 to Jan. 20 was neither the first mistake made by Chinese officials at all levels in confronting the outbreak, nor the longest lag, as governments around the world have dragged their feet for weeks and even months in addressing the virus.

But the delay by the first country to face the new coronavirus came at a critical time — the beginning of the outbreak. China’s attempt to walk a line between alerting the public and avoiding panic set the stage for a pandemic that has infected almost 2 million people and taken more than 126,000 lives.

“This is tremendous,” said Zuo-Feng Zhang, an epidemiologist at the University of California, Los Angeles. “If they took action six days earlier, there would have been much fewer patients and medical facilities would have been sufficient. We might have avoided the collapse of Wuhan’s medical system.”

Other experts noted that the Chinese government may have waited on warning the public to stave off hysteria, and that it did act quickly in private during that time.

But the six-day delay by China’s leaders in Beijing came on top of almost two weeks during which the national Center for Disease Control did not register any cases from local officials, internal bulletins obtained by the AP confirm. Yet during that time, from Jan. 5 to Jan. 17, hundreds of patients were appearing in hospitals not just in Wuhan but across the country.

But what is clear, experts say, is that China’s rigid controls on information, bureaucratic hurdles and a reluctance to send bad news up the chain of command muffled early warnings. The punishment of eight doctors for “rumor-mongering,” broadcast on national television on Jan. 2, sent a chill through the city’s hospitals.

“Doctors in Wuhan were afraid,” said Dali Yang, a professor of Chinese politics at the University of Chicago. “It was truly intimidation of an entire profession.”

Without these internal reports, it took the first case outside China, in Thailand on Jan. 13, to galvanize leaders in Beijing into recognizing the possible pandemic before them. It was only then that they launched a nationwide plan to find cases — distributing CDC-sanctioned test kits, easing the criteria for confirming cases and ordering health officials to screen patients, all without telling the public.

The Chinese government has repeatedly denied suppressing information in the early days, saying it immediately reported the outbreak to the World Health Organization.

“Allegations of a cover-up or lack of transparency in China are groundless,” said foreign ministry spokesman Zhao Lijian at a Thursday press conference.

The documents show that the head of China’s National Health Commission, Ma Xiaowei, laid out a grim assessment of the situation on Jan. 14 in a confidential teleconference with provincial health officials. A memo states that the teleconference was held to convey instructions on the coronavirus from President Xi Jinping, Premier Li Keqiang and Vice Premier Sun Chunlan, but does not specify what those instructions were.

“The epidemic situation is still severe and complex, the most severe challenge since SARS in 2003, and is likely to develop into a major public health event,” the memo cites Ma as saying.

The National Health Commission is the top medical agency in the country. In a faxed statement, the Commission said it had organized the teleconference because of the case reported in Thailand and the possibility of the virus spreading during New Year travel. It added that China had published information on the outbreak in an “open, transparent, responsible and timely manner,” in accordance with “important instructions” repeatedly issued by President Xi.

The documents come from an anonymous source in the medical field who did not want to be named for fear of retribution. The AP confirmed the contents with two other sources in public health familiar with the teleconference. Some of the memo’s contents also appeared in a public notice about the teleconference, stripped of key details and published in February.

Under a section titled “sober understanding of the situation,” the memo said that “clustered cases suggest that human-to-human transmission is possible.” It singled out the case in Thailand, saying that the situation had “changed significantly” because of the possible spread of the virus abroad.

“With the coming of the Spring Festival, many people will be traveling, and the risk of transmission and spread is high,” the memo continued. “All localities must prepare for and respond to a pandemic.”

In the memo, Ma demanded officials unite around Xi and made clear that political considerations and social stability were key priorities during the long lead-up to China’s two biggest political meetings of the year in March. While the documents do not spell out why Chinese leaders waited six days to make their concerns public, the meetings may be one reason.

“The imperatives for social stability, for not rocking the boat before these important Party congresses is pretty strong,” says Daniel Mattingly, a scholar of Chinese politics at Yale. “My guess is, they wanted to let it play out a little more and see what happened.”

In response to the teleconference, the Center for Disease Control and Prevention in Beijing initiated the highest-level emergency response internally, level one, on Jan. 15. It assigned top CDC leaders to 14 working groups tasked with getting funds, training health workers, collecting data, doing field investigations and supervising laboratories, an internal CDC notice shows. The memo directed Hubei province, where Wuhan is located, to begin temperature checks at airports, bus and train stations, and cut down on large public gatherings.

The National Health Commission also distributed a 63-page set of instructions to provincial health officials, obtained by the AP. The instructions ordered health officials nationwide to identify suspected cases, hospitals to open fever clinics, and doctors and nurses to don protective gear. They were marked “internal” — “not to be spread on the internet,” “not to be publicly disclosed.”

In public, however, officials continued to downplay the threat, pointing to the 41 cases public at the time.

“We have reached the latest understanding that the risk of sustained human-to-human transmission is low,” Li Qun, the head of the China CDC’s emergency center, told Chinese state television on Jan. 15. That was the same day Li was appointed leader of a group preparing emergency plans for the level one response, a CDC notice shows.

On Jan. 20, President Xi issued his first public comments on the virus, saying the outbreak “must be taken seriously” and every possible measure pursued. A leading Chinese epidemiologist, Zhong Nanshan, announced for the first time that the virus was transmissible from person to person on national television.

If the public had been warned a week earlier to take actions such as social distancing, mask wearing and travel restrictions, cases could have been cut by up to two-thirds, one paper later found. An earlier warning could have saved lives, said Zhang, the doctor in Los Angeles.

However, other health experts said the government took decisive action in private given the information available to them.

“They may not have said the right thing, but they were doing the right thing,” said Ray Yip, the retired founding head of the U.S. Centers for Disease Control’s office in China. “On the 20th, they sounded the alarm for the whole country, which is not an unreasonable delay.”

If health officials raise the alarm prematurely, it can damage their credibility — “like crying wolf” —and cripple their ability to mobilize the public, said Benjamin Cowley, an epidemiologist at the University of Hong Kong.

The delay may support accusations by President Donald Trump that the Chinese government’s secrecy held back the world’s response to the virus. However, even the public announcement on Jan. 20 left the U.S. nearly two months to prepare for the pandemic.

During those months, Trump ignored the warnings of his own staff and dismissed the disease as nothing to worry about, while the government failed to bolster medical supplies and deployed flawed testing kits. Leaders across the world turned a blind eye to the outbreak, with British Prime Minister Boris Johnson calling for a strategy of “herd immunity” — before falling ill himself. Brazilian President Jair Bolsonaro sneered at what he called “a little cold.”