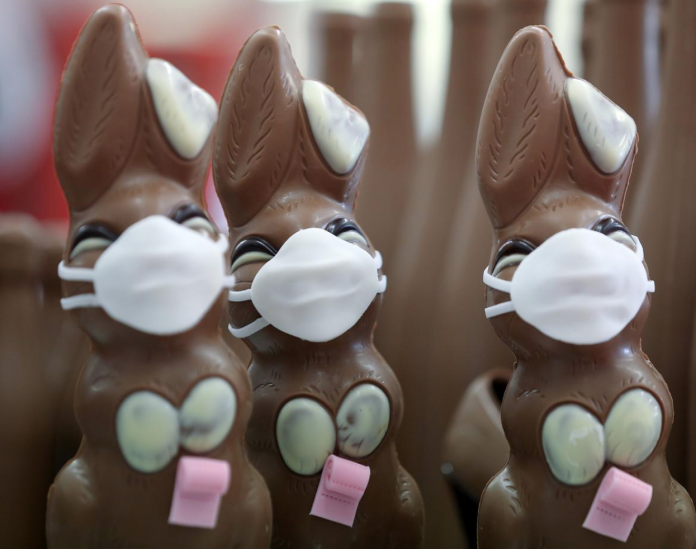 Britons locked down because of the coronavirus pandemic risk missing out on their annual chocolate binge.

With big family gatherings off limits, friends and relatives are unable to meet and hand over Easter egg treats, and chocolate makers’ online sites are struggling to keep up with exceptionally high demand for deliveries by this weekend.

Easter eggs are on sale in shops but those customers who do venture out have been focused more on stocking up on basics such as pasta and tinned food.

Creme egg maker Cadbury, owned by U.S. group Mondelez, said demand for its eggs in stores was lower than usual this year but traffic on its website had surged five-fold.

The company has tied up with a Danish startup whose software creates virtual queues to prevent retail websites from crashing. Those queues can stretch to over a hundred thousand customers daily and once a shopper gets to the front, they have just 10 minutes to make a purchase. “We are working around the clock to ensure orders arefulfilled,” said Mondelez spokesman David Mills.

Thorntons had paused taking new orders on its website on Thursday, while Swiss chocolate maker Lindt & Spruengli said this week that delivery times had been extended to a week and directed shoppers towards grocery suppliers and Amazon as alternatives.

Lindt said the closure of many of its stores and fewer people using airports had hit its business, but it had seen a rise in e-commerce sales, offering home delivery and pick-up services.

Data from Mintel showed British spending on Easter gifts reached 1.14 billion pounds ($1.4 billion) last year, with half of customers buying chocolate treats during one of the busiest periods in the UK chocolate market calendar.

Dutch company Tony’s Chocolonely said sales on its UK website had been about 10 times higher than normal as Britons sought solace in chocolate during the lockdown. But it has found its large retail customers focusing more on supplies of household essentials.

Forced to call off the public outdoor egg hunts it organises at beauty spots with the National Trust, Cadbury has tried to move the tradition online instead.

It is inviting people with Easter egg to display their favourite hiding places around the home by posting pictures on social media.