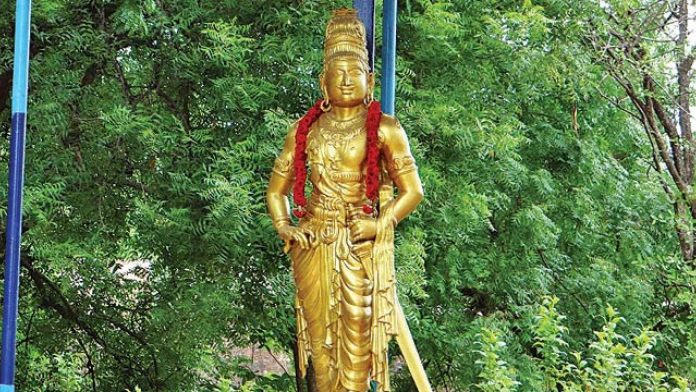 The history of Sri Lanka is a subtle blend of the History of Indian Subcontinent and the surrounding areas comprising of both South Asia and Southeast Asia.

The earliest remain of a human in Sri lanka is over 35,000+ years ago. We will cover the Pre-History and Early History of Sri Lanka leading to the British invasion.

Evidence of human colonization in Sri Lanka appears at the site of Balangoda. Balangoda Man arrived on the island about 34,000 years ago and has been identified as Mesolithic hunter-gatherers who lived in caves. Several of these caves, including the well-known Batadombalena and the Fa Hien Cave, have yielded many artifacts from these people, who are currently the first known inhabitants of the island.

Balangoda Man probably created Horton Plains, in the central hills, by burning the trees in order to catch game. However, the discovery of oats and barley on the plains at about 15,000 BCE suggests that agriculture had already developed at this early date.

Several minute granite tools (about 4 centimetres in length), earthenware, remnants of charred timber, and clay burial pots date to the Mesolithic. Human remains dating to 6000 BCE have been discovered during recent excavations around a cave at Warana Raja Maha Vihara and in the Kalatuwawa area. They practiced Ancient Hinduism.

Cinnamon is native to Sri Lanka and has been found in Ancient Egypt as early as 1500 BCE, suggesting early trade between Egypt and the island’s inhabitants.

The Pali chronicles, the Dipavamsa, Mahavamsa, Thupavamsa and the Chulavamsa, as well as a large collection of stone inscriptions, the Indian Epigraphical records, the Burmese versions of the chronicles etc., provide information on the history of Sri Lanka from about the 6th century BCE.

The Mahavamsa, written around 400 CE by the monk Mahanama, using the Deepavamsa, the Attakatha and other written sources available to him, correlates well with Indian histories of the period. Emperor Ashoka’s reign is recorded in the Mahavamsa. The Mahavamsa account of the period prior to Asoka’s coronation, 218 years after the Buddha’s death, hasn’t been proved it. Proper historical records begin with the arrival of Vijaya and his 700 followers. Vijaya is an Indian prince, the eldest son of King Sinhabahu (“Man with Lion arms”) and his sister Queen Sinhasivali. Both these Sinhalese leaders were born of a mythical union between a lion and a human princess. The Mahavamsa states that Vijaya landed on the same day as the death of the Buddha.

In the early ages of the Anuradhapura Kingdom, the economy was based on farming and early settlements were mainly made near the rivers of the east, north central, and north east areas which had the water necessary for farming the whole year round. The king was the ruler of country and responsible for the law, the army, and being the protector of faith. Devanampiya Tissa (250–210 BCE) was Sinhalese was friends with the King of the Mauryan Empire. His links with Emperor Asoka led to the introduction of Buddhism by Mahinda (son of Asoka) around 247 BCE. Sangamitta (sister of Mahinda) brought a Bodhi sapling via Jambukola (west of Kankesanthurai). This king’s reign was crucial to Theravada Buddhism and for Sri Lanka.

Ellalan (205–161 BCE) was a Tamil King who ruled “Pihiti Rata” (Sri Lanka north of the Mahaweli) after King Asela. During Ellalan’s time Kelani Tissa was a sub-king of Maya Rata (in the south-west) and Kavan Tissa was a regional sub-king of Ruhuna (in the south-east). Kavan Tissa built Tissa Maha Vihara, Dighavapi Tank and many shrines in Seruvila.

In 993, when Raja Raja Chola sent a large Chola army which conquered the Anuradhapura Kingdom, in the north, and added it to the sovereignty of the Chola Empire. The whole or most of the island was subsequently conquered and incorporated as a province of the vast Chola empire during the reign of his son Rajendra Chola.

The medieval era saw Portuguese and the Dutch invasions leading to the modern era.