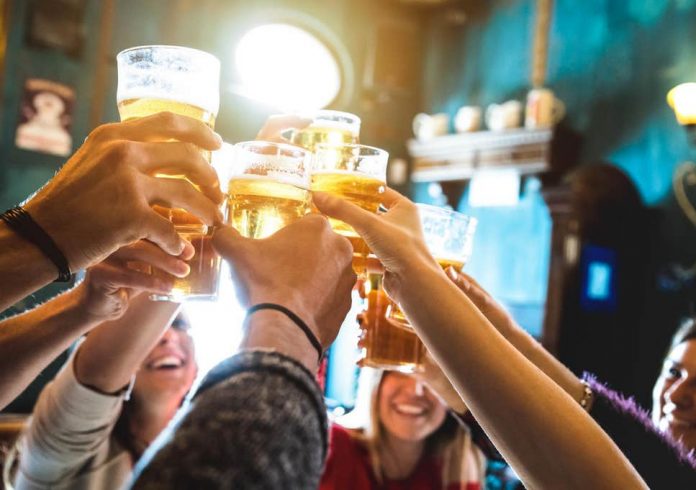 A university research survey has found that alcohol consumption in Belgium is remaining mostly stable during the country’s coronavirus lockdown, with only one out of four respondents saying they are drinking more while confined at home.

A team of researchers at the University of Louvain said Wednesday that their online survey of more than 10,000 adults this month revealed “the absence of a generalized increase in self-reported alcohol consumption.” They described the finding as “counterintuitive.”

“Contrary to the widely held idea that alcohol consumption could increase massively during confinement, these results are good news,” Pierre Maurage, a psychology professor who led the research, said.

More than 45% of the respondents reported drinking the same amount as they did before Belgium’s government imposed the lockdown last month, while 29% said they were drinking less. Among the latter group, alcohol consumption decreased by an average of 10 doses a week, the equivalent of 10 glasses of wine.

In a more expected way, the survey findings showed that the stress and anxiety of the virus pandemic and public health restrictions appeared to be factors contributing to increased alcohol consumption.

“Interviewees who have increased their consumption under the lockdown are more anxious about the risks of losing a stable income or their job because of the uncertainty created by the pandemic, and family stress also appears to play a role as respondents with children tend to drink more,” the University of Louvain researchers said.

Researchers described health professionals who have continued working during the lockdown as a population particularly at risk of drinking more because of the negative emotions created by their jobs.

“First of all, anxiety related to the risk of contaminating oneself or one’s loved ones is associated with increased consumption,” the researchers said.

On the other hand, young adults, particularly students, reported drinking less since they lost the option of going out to bars, parties and restaurants.

“After two or three pre-dinner drinking sessions on Skype, one quickly realizes the feeling is not the same,” Maurage said.