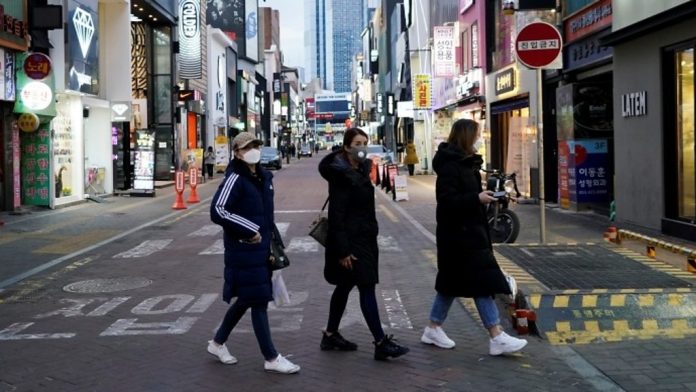 South Korean health officials say 43 patients have been placed under isolation in one of the biggest hospitals in the capital of Seoul after a hospitalized 9-year-old girl tested positive for the coronavirus.

Jeong Eun-kyeong, director of South Korea’s Centers for Disease Control and Prevention, on Wednesday said around 50 medical staff who worked at the Asan Medical Center’s pediatric department will be quarantined at their homes although they tested negative.

Jeong and Seoul City officials say the girl was tested for the virus after doctors found she had previously been treated for a headache at another hospital in Euijeongbu, near Seoul, where a dozen patients and medical staff have been infected with COVID-19.

South Korea’s nationwide caseload has slowed from early March when it reported around 500 new infections a day, but the country has struggled to stem infections at hospitals, psychiatric wards, nursing homes and other live-in facilities.

Hundreds of patients and medical staff have been infected in hospitals in the worst-hit city of Daegu, where more than 6,700 of the country’s 9,887 infections have been reported.