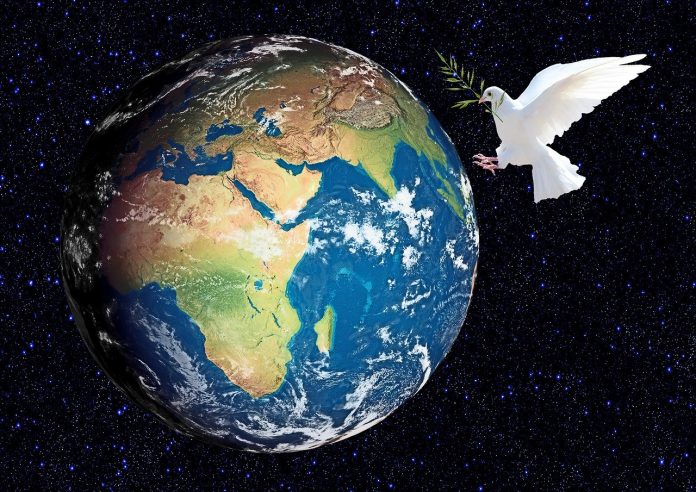 As of 22nd April 2020, we are battling global crisis on two fronts, our first line of defense is fighting the mighty Novel COVID-19 Virus and the other front is preparing itself for countering climate and environmental adversities. We are the most evolved species on the Planet and currently, we are fighting an invisible enemy, totally unknown, we have been continuously fighting with all we got and we just not ready to give up, totally unprecedented situations rose throughout 360 (throughout the globe) we were not prepared for a pandemic but we still have time to prepare and take actions for the climate crisis, slowly creeping into the globe. Being evolved means changing, maturing through experiences, currently, you are not the same as you were yesterday. COVID-19 was not predicted, it wasn’t a topic of discussion, nobody knew about the might of it until we heard thousands of souls vanishing in Italy so if we don’t act to environmental adversities we are contradicting our claim to metamorphosing.

50 years from today that is on 22nd April 2020 the world observed the First Earth Day. In ecological terms, you will always have a world that is living within its limits, though limits might be subjected to time and technological advancements like in the 70’s we did not have computers, the concept of the internet was non-existent. Talking about today the major limitation that we are facing today is that we lack the technologies to mint the renewable sources of energy at zenith potential, 50 years in the future we don’t know what is waiting for us in the 2070s.

What the Earth is doing on its day –

Earth Day is not only about plantation drives and pro plastic banning movements. According to Earth Day’s official website, this year Earth Day is going digital viz

Climate Change varies from region to region thus the local authorities along with the local citizens must respond to the challenges and use Earth Day as a platform to amplify local actions and initiatives, some of them being –

Today Earth celebrates its day by organizing protests, organizing a movement against all of the things that are going wrong and harming the society in numerous ways, I hope in the coming days or years we acknowledge Earth Day or whoop it up by indulging in an enjoyable activity rather than gathering on streets turning Earth Day into Earth Protest Day.

A big thanks to all the Corona Warriors all around the world, trying to save humanity, proving that you don’t need a cape or some out of the world power to be a superhero, just like Tony Stark our very own tech-driven superhero commonly known as Iron Man in Marvel movies. Today we all should take a pledge that we will not let another Global disaster shake the foundations of humanity again, let’s pledge humanity won’t be vulnerable again, let’s take a pledge to provide solutions, let’s take a pledge to learn from our present and try not to commit them in future.

This Earth is not my or yours, It is our Earth that needs us more than ever, together we can and we will Save The Planet!