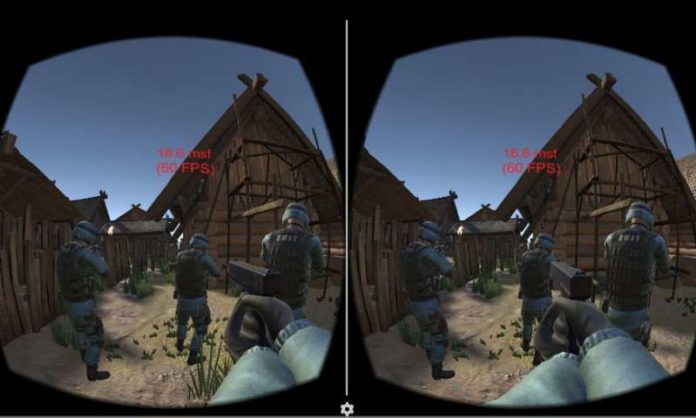 (IANS) Researchers at Purdue University in the US have created a new approach to VR that allows multiple players to interact with the same virtual reality (VR) game on smartphones.

“We have worked to create VR technology that someone can use on a typical smartphone with a Wi-Fi connection,” said Y. Charlie Hu, Professor of Electrical and Computer Engineering, who led the Purdue team.

“Our solution not only allows multiple players to participate in a VR game at the same time, but also provides a better and more cost-effective option for single-player use.”

Those include high frame rate and low motion-to-photon latency, which is the delay between the movement of the user’s head or game controller and the change of the VR device”s display reflecting the user’s movement.

The new approach enables 4K-resolution VR on commodity mobile devices and allows up to 10 players to interact in the same VR application at a time.

“You could have multiple doctors and health care professionals interacting in a VR operating room.”

The technology is detailed in a paper published in ASPLOS 2020, an international conference for interdisciplinary systems research, intersecting computer architecture, hardware and emerging technologies, programming languages and compilers, operating systems and networking.

One reason for the heavy computational workload of high-resolution VR apps is the constant need to render updates to both the foreground interactions with the players and the background environment in the virtual world.

VR apps using Coterie split up this heavy rendering task between the smartphone and an edge server over WiFi in a way that drastically reduces the load on the smartphone while allowing the subframes rendered on both to be merged into the final frame within 16ms, satisfying the VR quality-of-experience.

Hu said this approach not only reduces the network requirement so multiple players can share the same WiFi, but also reduces the power draw and computation demand on each mobile device and provides a better user experience.